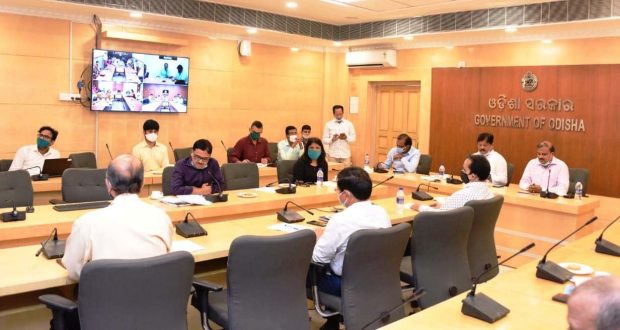 Bhubaneswar:5/6/20: Odisha Government has handed over Operation and Maintenance (O&M) of four Septage Treatment Plants (SeTPs) to SHGs run by women and transgender.

The government said the treatment facilities were handed over to women SHGs in Berhampur, Baripada and Sambalpur and to a transgender SHG in Cuttack. They are all on contract agreement. The contract was signed between the SHGs and the Urban Local Bodies (ULBs).

The event was presided over by Panchayati Raj, Housing and Urban Development Minister, Pratap Jena through video conference.

The minister said SHGs are now at the forefront of all development activities including sanitation and added that the women SHGs have been managing the operation and maintenance of community toilets very well across several cities in Odisha.

He said the government is pleased to handover the task to transgender and women SHGs.

He said the SHGs have been chosen after careful evaluation of their capacities and track record. They are also trained thoroughly on different aspects of O&M, he added.

The ULBs will continue to provide technical support to the SHGs for making the partnership successful. Worthwhile to mention that Odisha has 10 septage treatment plants currently in operation and this will be extended up to 80 soon. The government has decided to expand the septage treatment work to 114 urban bodies in the future.