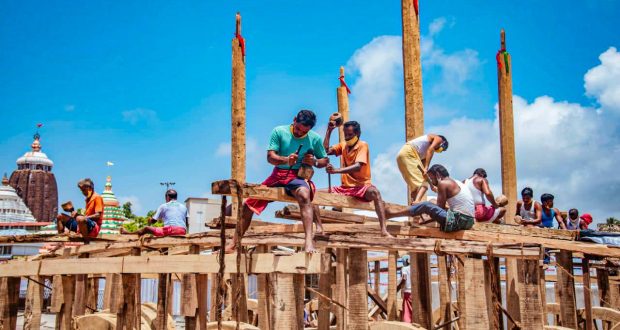 ‘Senapatalagi’ rituals of the Holy Trinity was performed at the temple today.

‘Madhyana Dhoop’ started at 5 pm and continued for one hour.

In view of the COVID-19 pandemic and restrictions imposed by the government, the rituals were held with less numbers of servitors and sans firecrackers and cymbals.

2020-06-04
Editor in chief
Previous: During shut down on weekends, several services will remain operational in these 11 districts
Next: Prolific Indian film director and screenwriter Basu Chatterjee passes away