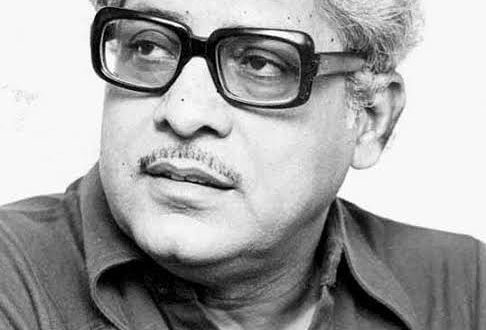 Basu reportedly died in his sleep at his Santacruz residence. The news of his death was confirmed by Ashoke Pandit, president of the Indian Film & Television Directors’ Association (IFTDA ).

Pandit tweeted saying that veteran filmmaker passed away peacefully in h  is sleep in the morning.The IFTDA also mourned the demise of Legendary Filmmaker Basu Chatterjee, referring to him as a master of humour who delved into social and moral issues through his films.West Bengal Chief Minister Mamata Banerjee also tweeted to pay her condolences to Basu’s family, friends and fans and the film fraternity. She said that the legendary film director and screenwriter Basu Chatterjee had given gems like ‘Chhoti Si Baat’, ‘Chitchor’, ‘Rajanigandha’, ‘Byomkesh Bakshi’, ‘Rajni’ among others.

Who was Basu Chatterjee?

•  Basu Chatterjee was a prolific Indian film director and screenwriter. He along with other filmmakers such as Hrishikesh Mukherjee and Basu Bhattacharya were associated with what was later known as middle cinema or middle-of-the-road cinema during the 1970s and 1980s.

Chatterjee’s films were known to be largely real-life, which dealt with light-hearted stories of middle-class families often in urban settings, focusing on marital and love relationships.

•  He also directed the popular TV Series Byomkesh Bakshi and Rajani for Doordarshan, both of which were successful TV serials.

•  He had won the National Film Award for Best Film on Family Welfare for his film Durga. Besides this, he had won the IIFA Lifetime Achievement Award in 2007. He has also won several Filmfare awards.

2020-06-04
Editor in chief
Previous: ‘Senapatalagi’ rituals of the Holy Trinity was performed at the temple today.
Next: Eminent Odia litterateur Nityananda Satpathy has passed away