Top Headlines
Home » National » Odisha, Sikkim, and Mizoram have now been included in One Nation One Card scheme 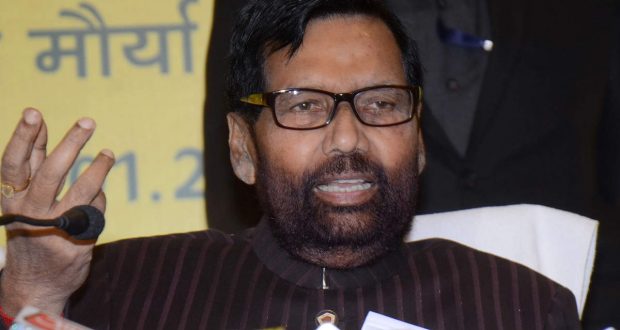 Odisha, Sikkim, and Mizoram have now been included in One Nation One Card scheme

in National June 2, 2020 Comments Off on Odisha, Sikkim, and Mizoram have now been included in One Nation One Card scheme 335 Views

New Delhi2/6/20:: Three more states – Odisha, Sikkim, and Mizoram have now been included in One Nation One Card scheme. With this, the number of states and union territories (UTs) which have joined the scheme to 20, Food Minister Ram Vilas Paswan said on Monday.

By August, Uttarakhand, Nagaland and Manipur will also be added to the national cluster, he added.

Union Consumer Affairs Minister Ram Vilas Paswan said, “Under this system, nation-wide portability of the benefits under NFSA through “One Nation One Ration Card” plan is implemented to enable the NFSA ration card holders to lift their entitled quota of subsidised foodgrains from any ePoS enabled FPS of their choice anywhere in the country, by using the existing/same ration card after Aadhaar authentication on ePoS device.”

Under the ‘One Nation-One Ration Card’ initiative, eligible beneficiaries would be able to avail their entitled foodgrains under the National Food Security Act (NFSA) from any Fair Price Shop in the country using the same ration card.

The ministry confirmed that by 31st March 2021 all states will be added to One Nation One Ration Card scheme and the scheme will be operational all over India.

The minister requested all these states to commence the national/ inter-state portability transactions in June 2020, adding “This would also enable the beneficiaries of these states anywhere in the national cluster of states/UTs to access their quota of foodgrains through national portability with immediate effect.”

2020-06-02
Editor in chief
Previous: Odisha reported 141 confirmed cases of Covid-19 taking the State’s tally to 2245
Next: Odisha government has agreed to accept the PPE kits of various suppliers