Top Headlines
Home » National » Historic decisions of cabinet will usher in positive changes in the lives of farmers, labourers and workers:Narendra Modi 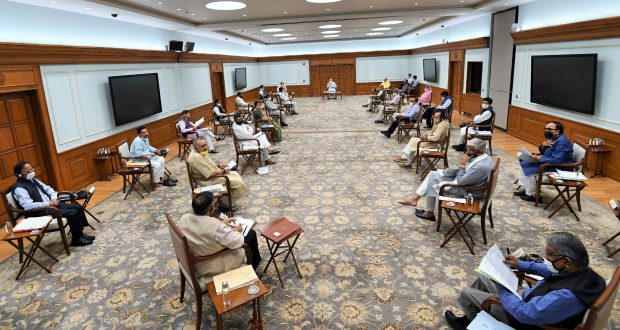 Historic decisions of cabinet will usher in positive changes in the lives of farmers, labourers and workers:Narendra Modi

in National June 1, 2020 Comments Off on Historic decisions of cabinet will usher in positive changes in the lives of farmers, labourers and workers:Narendra Modi 355 Views

Newdelhi:1/6/20:Prime Minister Narendra Modi has termed today’s cabinet decisions as historic and said that these will usher in positive changes in the lives of farmers, labourers and workers. He said, the decisions of the government will bring tremendous benefits to the farmers, street vendors and MSMEs.

Mr. Modi said, the change in definition of MSMEs will not only give impetus to the self-reliant India campaign, but also will revive the enterprises in the country. He added that huge employment opportunities will be created as a result of the positive reforms introduced by the government.

Prime Minister Modi emphasized the importance of the pioneering efforts of the government to extend loans to the street vendors. He added that more than 50 lakh people will benefit from the PM SVANIDHI Scheme. Mr. Modi highlighted that the scheme will ensure that the street vendors join nation’s campaign to emerge self reliant by reviving their businesses in these testing times.

The Prime Minister hailed the efforts of farmers in the country and reiterated government’s commitment to extend required stimulus to the rural india. He said, it is under the same commitment that the government has hiked the MSP of 14 Kharif crops to almost one and half times of the cost incurred. He said the period for repayment of short term loans up to three lakh rupees has also been extended under the same vision.

2020-06-01
Editor in chief
Previous: Rs 812 Crore approved for Odisha under “Jal Jeevan Mission
Next: Date of Poll and Counting of Votes for Deferred Rajya Sabha Poll