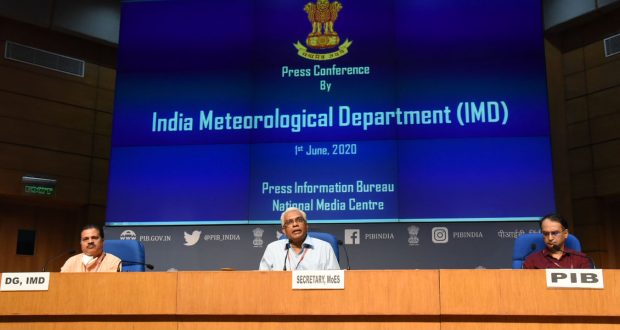 Depression over Arabian Sea to convert into cyclonic storm in next 24 hours: IMD

in National June 1, 2020 Comments Off on Depression over Arabian Sea to convert into cyclonic storm in next 24 hours: IMD 426 Views

The Sea condition is very likely to be rough to very rough over Arabian Sea during next 48 hours and therefore fishermen are advised not to venture into southeast Arabian Sea.

2020-06-01
Editor in chief
Previous: Date of Poll and Counting of Votes for Deferred Rajya Sabha Poll
Next: Tata Power to manage power distribution in Central Odisha from 1st June onwards