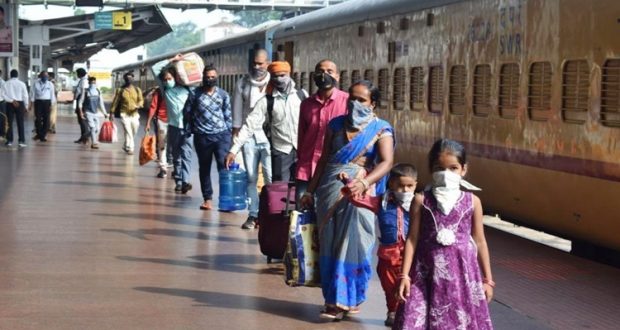 “Railways had started running Shramik Special trains from 1st May, to move migrant workers, pilgrims, tourists, students and other persons stranded at different places due to lockdown. 85 percent of the expenditure of Shramik special trains is being borne by the Centre and states are paying 15 per cent in the form of fare. The top five states from where maximum trains originated are Gujarat, Maharashtra, Punjab, Uttar Pradesh and Bihar. While the top five states where maximum trains terminated are Uttar Pradesh, Bihar, Jharkhand, Madhya Pradesh and Odisha. IRCTC has distributed more than 78 lakh free meals and more than one crore water bottles to traveling migrants. In addition to Shramik specials, Railways is running 15 pairs of special AC trains and has decided to run 200 more trains from 1st of June.

2020-05-28
Editor in chief
Previous: More than 9 crore 60 lakh farmers avail benefits under PM-KISAN Scheme
Next: Odisha government has issued an advisory for workplaces