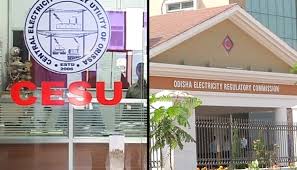 in State News May 27, 2020 Comments Off on CESU’s clarification on grievances related to inflated consumer electricity Bills 440 Views

Bhubaneswar:27/5/20: After resumption of handheld billing in the month of May, Central Electricity Supply Utility of Odisha (CESU) has received a number of grievances from the consumers and asked whether their electricity bills are inflated.

For the bill in May, residents would pay for the usage in March and April. For the customers who paid the April bill through online portals, the same has been adjusted in the May billing cycle. There has been no changes in tariff. Due to the lockdown, officials could not take meter readings in the month of April and bills were generated on provisional basis based on last recorded consumption.

Moreover, many customers are staying in their homes during lockdown, resulting in higher consumption of electricity. The arrival of summer, as well as increased usage of computers and laptops for those working from home, have also added to the domestic power usage.

CESU has analysed all the grievances received so far on the May’20 billing. On analysis and recalculation, all the bills have been found to be correct. However in response to these specific issues as under.

A number of consumers have complained that credit due to them on lower slab rate in has not been given to them. But this is found to be not correct. The slab benefits allowed has been given to them for the total period.

Grievance Case: I (Without naming the consumer)

Analysis and response by CESU

As notified by Hon’ble OERC, the following is the slab rate for consumption of electricity in units:

In the aforesaid case, 1403 units have been consumed over 2 months and hence, the Energy Charges is calculated as under :.

On analysing of a number of grievances, it is found that the consumption has gone up substantially. They have been billed @Rs.5.70 per unit for consumption of more than 400 units. This has resulted in an increase in the bill value.

Due to the declaration of various social distancing measures and lockdown to prevent the spread of COVID-19, neither consumers could pay their electricity dues nor CESU could collect its revenue through the disconnection of power supply of defaulting consumers.  On account of this, CESU could not collect nearly Rs.300 Crore from the consumers during March-April’20, resulting in an increase of in the arrear value of the consumers. This arrear has been added to the billing made in May’20, which in turn has increased the billing value of the consumers for the month.

CESU is encouraging consumers for payment of their electricity dues by offering 4% additional rebate for any payment made by the consumers in the month of April-May’20. But only Rs.135 Crores was collected against its average collection of Rs.255 Crores in a month, i.e. a shortfall of Rs. 120 Crores.  Whenever the consumers defaulted in paying their dues in a month, the billing value in the next month increases accordingly.

If consumers still have apprehensions, it is requested to bring such the specific issues about the May’20 billing to the notice of CESU which will be addressed on priority basis. The consumers are requested to call toll free number – 1912 OR 1800-345-7122 on 24×7 basis to register their complaints in this regard. Consumers are also requested to make their payment on electricity dues through digital modes to maintain social distancing.