Top Headlines
Home » Column » From Pather Panchali to Manto: India at Cannes through the years 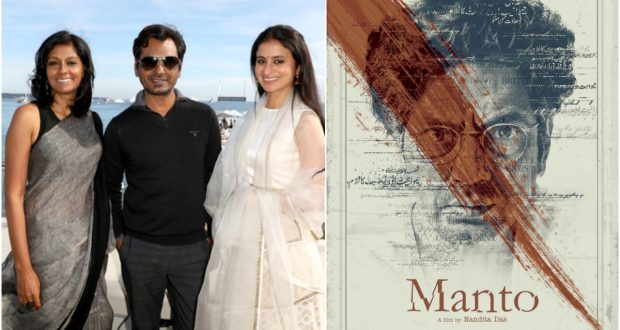 From Pather Panchali to Manto: India at Cannes through the years

in Column May 26, 2020 Comments Off on From Pather Panchali to Manto: India at Cannes through the years 588 Views

India’s journey at the Cannes festival began in 1946 with Chetan Anand’s Neecha Nagar.

Unlike last year, the 2018 iteration of Festival de Cannes, the annual cine-extravaganza at the French Riviera, will see quite a splash from India. While Nandita Das’s Manto has made it to the official selection under the Un-Certain Regard category, Rohena Gera’s Sir will get its world premiere at the International Critics’ Week this year. Tamil superstar Dhanush, who will be making his Hollywood debut with the Indo-French comedy-adventure The Extraordinary Journey of the Fakir later this month, will also be present at the festival. Apart from this, three Marathi films will also be showcased at the India Pavilion organised by the Union Ministry of Information and Broadcasting at the Cannes Film Market.

The Festival de Cannes, which is in its 71st edition this year, has seen the birth of a thousand cinematic mavericks since its inception in 1946. And over the years, various Indian filmmakers and films have also made their mark at the pristine festival.

India’s journey at Cannes began in 1946 with Chetan Anand’s Neecha Nagar. The film won the festival’s highest honour, the Grand Prix award (now known as the Palm d’Or) along with eleven of the eighteen other entries. Neecha Nagar, starring Kamini Kaushal and Zohra Sehgal, was one of the first Indian films to gain global recognition. Later in 1952, V Shantaram’s Amar Bhoopali, a period biopic of Marathi poet Honaji Bala, was nominated for the Grand Prize and it won the award for Best Sound Recording. Bimal Roy’s Do Bigha Zamin brought fame for India once again as it won the International Prize in 1954.

In 1955, child actress Naaz won the Special Distinction Award for her charismatic performance in Raj Kapoor’s Boot Polish. It competed against Bimal Roy’s Biraj Bahu in the official category. 1956 was the glorious year that marked the debut of the legendary filmmaker Satyajit Ray with his debut feature Pather Panchali. The film won the prestigious Best Human Document Film Award and it is said that on its second viewing, it even went on to receive a standing ovation.

The next few decades were a relatively dull period for India at the Cannes. While no awards were brought home, periodic Indian appearances were made at the festival – Satyajit Ray’s Parash Pathar and Devi, Khwaja Ahmed Abbas’ Pardesi, Bimal Roy’s Sujata, Mujhe Jeene Do by Moni Bhattacharjee, M S Sathyu’s Garam Hawa, Shyam Benegal’s Nishant and Mrinal Sen’s Ek Din Pratidin were some of the official selections.

A noticeable change was brought about by one of the greatest ambassadors of Indian parallel cinema — Mrinal Sen in the year 1983. While he was made a jury member in 1982, his film Kharij won the Jury Prize the next year. His film Khandahar starring Shabana Azmi and Naseeruddin Shah was screened in Un Certain Regard the subsequent year.

1988 again marked another grand year for India at the Cannes. While Gautam Ghose’s Antarjali Jatra was screened under Un Certain Regard, Mira Nair’s Salaam Bombay! won both the Camera d’Or and the Audience Prize. A Malayalam film Piravi also received Special Mention in the Camera d’Or category in the following year. Satyajit Ray’s Ganashatru was also screened out of competition.

The following years saw Indian representation in the jury with Sharmila Tagore (2009) and Gitanjali Rao (2011). Also, Veril became the first Tamil movie to be screened at the festival. Another notable Bollywood moment came with the screening of Vikramaditya Motwane’s Udaan in 2010’s Un Certain Regard category.

In 2012, Miss Lovely set in the sleazy Mumbai underworld became one of the most surprising entries to Cannes by India. Anurag Kashyap’s Gangs of Wasseypur was also screened at the Director’s Fortnight that year. Peddlers, the first feature by Indian writer-director Vasan Bala, featured at Cannes’ Critics Week in the same year.

In 2016, India made its presence felt with six Indian films. While the Kabir Bedi narrated documentary Mount of Excellence, SS Rajamouli’s Baahubali and Vikram Sengupta’s Memories And My Mother were screened parallelly, The Cinema Travellers was screened under the Cannes Classics category. On the other hand, Anurag Kashyap’s Raman Raghav 2.0 premiered at the Directors’ Fortnight and an FTII student’s Gudh made it to the Cinefondation competition.

Payal Kapadia’s 13-minute Dopahar Ke Badal became the sole Indian film in the 2017 official selection, as part of the Cinefondation competition for film schools across the world. Rima Das’ Village Rockstars which was bestowed with the National Award this year had also made an appearance at the festival as it was one of four titles selected by the Hong Kong-Asian Film Financing Forum for Marche du Film (Cannes Film Market) section.