Top Headlines
Home » National » Dr. Bishnu Prasad Nanda has been appointed as Director-General (Health) of the Railway Board 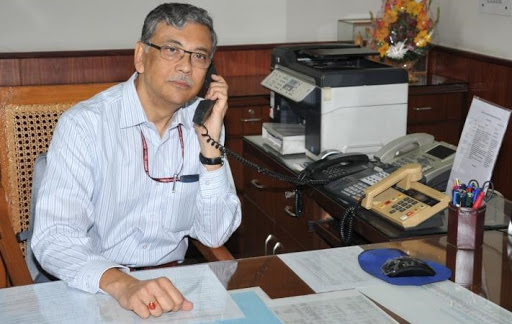 Dr. Bishnu Prasad Nanda has been appointed as Director-General (Health) of the Railway Board

in National, State News May 25, 2020 Comments Off on Dr. Bishnu Prasad Nanda has been appointed as Director-General (Health) of the Railway Board 691 Views

Prior to this appointment, he was serving as the Principal Chief Medical Director of the southern railway.

A native of Chhatia in Jajpur, Nanda is the first Odia to serve in such a significant post of the Railway Board.

An alumnus of Ravenshaw College and SCB Medical College and Hospital, he started his career as a health service officer in the Kharagpur division of south-eastern Railway in 1984 after having topped the all-India combined medical services exam.

2020-05-25
Editor in chief
Previous: Institute of Life Science has been chosen as one of the 16 bio-repository centers in the country for COVID-19 clinical samples
Next: Power minister reviews restoration of Power infrastructure post AMPHAN cyclone in WB and Odisha