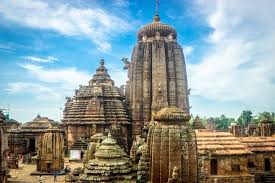 in Smartcity Bhubaneswar May 25, 2020 Comments Off on Bhubaneswar Municipal Corporation granted its permission for Sital Sasthi yatra at Lingaraj Temple 523 Views

Bhubaneswar:25/5/20: Ending all speculations the Bhubaneswar Municipal Corporation (BMC) today granted its permission for Sital Sasthi yatra at Lingaraj Temple in Bhubaneswar amid the nationwide lockdown imposed to contain the spread of COVID-19. However, the BMC has laid certain conditions for servitors while celebrating the divine marriage of Lord Shiva and Goddess Parvati.

Official sources said, as per the decision taken in a meeting which was attended by BMC officials and servitors, the Sital Sasthi will be held without procession and decoration unlike every year. People participating in the Sital Sasthi celebration will wear mask mandatorily and maintain social distance.

Those who are suffering from cold and cough will not get permission to participate in the celebration. This apart, the servitors in charge of rituals of Lord Lingaraj will only be allowed to attend the divine marriage function after undergoing thermal screening.

Among others, Lingaraj Temple Executive officer Prasanna Das, BMC Additional Commissioner Abanikant Patnaik and servitors of different nijogs were present in the meeting.

Worth mentioning, the annual car festival of Lord Lingaraj, known as ”Rukuna Rath Yatra”, was not allowed by the Khordha district administration on April 1 this year due to the nationwide lockdown.

2020-05-25
Editor in chief
Previous: National Gallery of Modern Art will organise virtual tour to commemorate the 115th Birth Anniversary
Next: Mobus services will resume from tomorrow in Bhubaneswar 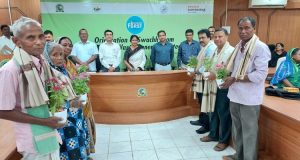