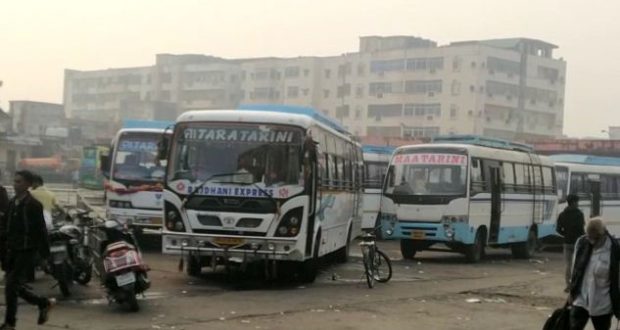 in State News May 24, 2020 Comments Off on Odisha Private Bus Owners’ Association refused to run buses from tomorrow 982 Views

Bhubaneswar:24/5/20: While the Odisha government allowed intra-state bus movement from May 25, the State Private Bus Owners’ Association refused to run buses from tomorrow. In his reaction the bus owners’ association President Lokanath Pani today said the privates buses will be run only after a discussion with Transport Minister Padmanabha Behera.

Another office bearer of the bus owners’ association said if buses are operated from tomorrow, bus owners will be forced to pay taxes for the month of May which will be a loss to them.

Worth mentioning, intra-state bus services in Odisha were suspended due to a nationwide lockdown for COVID-19 outbreak since the last week of March.

While allowing bus services from tomorrow, the government said buses will have to carry passengers up to the sitting capacity of the vehicle.

2020-05-24
Editor in chief
Previous: After the detection of 67 new COVID-19 cases tally of coronavirus positive cases in Odisha mounted to 1336
Next: FL Trader Associations Demand Over-The-Counter Sale:Online sales of liquor will begin in Cuttack from May 25