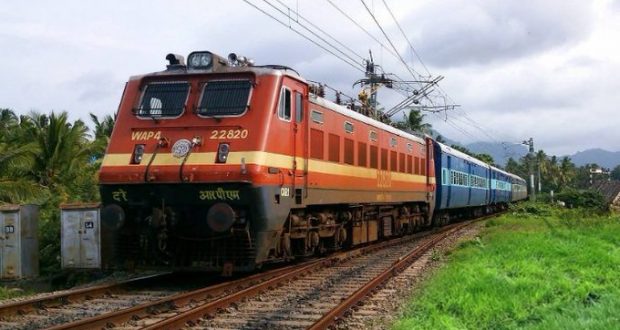 in National May 24, 2020 Comments Off on Indian Railways has run 2813 Shramik Special trains, carrying over 37 lakh passengers 441 Views

Newdelhi:24/5/20: Indian Railways has run more than 2813 Shramik Special trains, carrying over 37 lakh passengers, till 10 am of 24.05.2020. Nearly 60 per cent trains originated from Gujarat, Maharashtra and Punjab and are majorly destined for Uttar Pradesh and Bihar. 80 percent of total Shramik Special trains are destined for various destinations in Uttar Pradesh and Bihar (1301 for U.P. and 973 for Bihar). Most of the destinations in U.P are around Lucknow – Gorakhpur sector and in Bihar around Patna. Of 565 trains on run since yesterday, 266 were going to Bihar and 172 to Uttar Pradesh.

The convergence of trains to these destinations caused congestion in the network. Further, increased time taken in de-boarding of passengers due to the various health and social distancing protocols at the stations is leading to congestion at terminals which further affects network congestion.

To ease the congestion few trains were diverted via Mathura, Jharsuguda. Further, route rationalisation order has been issued to avoid congestion on routes with heavy traffic. Round the clock monitoring at Railway Board level, Zonal Railway level and Divisional level is being done to ensure that trains are not delayed. The train running staff have also been sensitised to ensure punctual running of Shramik spl trains. With these efforts, the congestion position has eased considerably and the mobility of trains has drastically improved.

Due to the surge in eastbound trains leading to network congestion, trains got delayed and this affected the meals distribution schedule. IRCTC and Railways have mobilized resources to ensure regular supply of meals and water to the Shramik Special trains and minimize inconvenience to the passengers.

2020-05-24
Editor in chief
Previous: Van Dhan for Jaan and Jahaan: The Story of Shahapur’s Katkari Tribe
Next: After the detection of 67 new COVID-19 cases tally of coronavirus positive cases in Odisha mounted to 1336