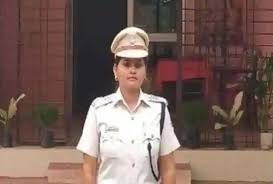 Reportedly,  the video of the woman police inspector–Sandhyarani Jena thrashing a youth inside the police station went viral on social media. Soon after, a probe was ordered into the matter.

The video shot through a mobile phone showed Jena thrashing the youth mercilessly while other staff of the police station remained mute spectators.

The youth identified has Raju Mahant of Talasarua village had come to the police station in connection with a land dispute along with three others on March 25. He was thrashed at the police station by the inspector before being forwarded to court.

2020-05-23
Editor in chief
Previous: With 80 COVID-19 positive cases, State’s virus-infected now 1269
Next: Community Radio network to be expanded in country