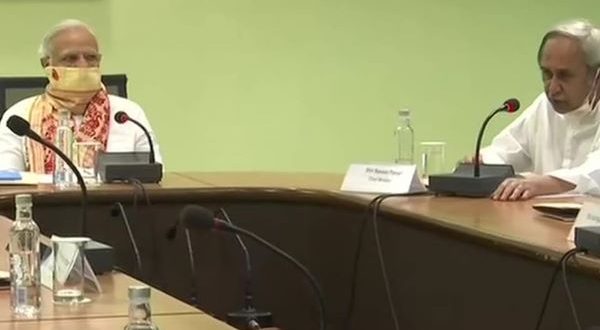 in State News May 23, 2020 Comments Off on Govt of India Releases Rs 500 Cr Advance Assistance To Amphan-Hit Odisha 452 Views 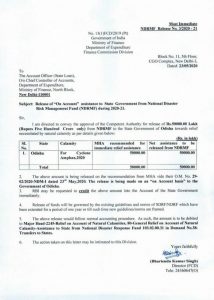 “MHA released Rs 500Crore to Odisha Govt in less than 24hours of Hon’ble PM @PMOIndia @narendramodi announcement in Bhubaneswar 4 #CycloneAmaphan. We thank @PMOIndia, @narendramodi & MHA for such speed in releasing the Fund,” Jena wrote in the tweet.

After undertaking an aerial survey of the Amphan-affected areas in Odisha yesterday, the Prime Minister announced the Rs 500 crore relief for the State. He informed a Central team would soon visit the State to assess the damages caused by the extremely severe cyclonic storm and additional assistance will be released thereafter.

Modi praised Odisha Chief Minister Naveen Patnaik and his team for the effective management of the situation due to Amphan.