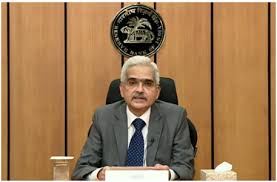 in Column May 22, 2020 Comments Off on RBI announces nine additional measures for strengthening the Economy 671 Views

Mumbai:22/5/20:”It is when the horizon is the darkest and human reason is beaten down to the ground that faith shines brightest and comes to our rescue.”

RBI Governor Shaktikanta Das drew hope and inspiration from the 1929 statement of the Father of the Nation, as he announced yet another set of nine measures to smoothen the flow of finance and preserve financial stability in the turbulent and uncertain times ushered in by the COVID-19 pandemic. This follows the earlier sets of measures announced by RBI on April 17, 2020, and on March 27, 2020.

Making the announcements through an online address, the Governor stated that we must have faith in India’s resilience and capacity to overcome all odds. Expressing the confidence that we will together triumph over today’s traumatic trials, the Governor spoke with a sense of calling. He noted that the situation warrants that “central banks have to answer the call to the frontline in defence of the economy”.

“Judging that the risks to growth are acute, while the risks to inflation are likely to be short-lived, the Monetary Policy Committee believes that it is essential now to instil confidence and ease financial conditions further. This will facilitate the flow of funds at affordable rates and rekindle investment impulses. It is in this context that the MPC voted to reduce the policy repo rate by 40 basis points from 4.4 per cent to 4.0 per cent” the Governor said.

Shri Das also announced a set of regulatory and developmental measures which he said complement the reduction in the policy rate and also strengthen each other.

He reiterated that the goals of the measures being announced are:

Measures to Improve the Functioning of Markets

In order to enable increased supply of affordable credit to small industries, the RBI had, on April 17, 2020, announced a special refinance facility of ₹15,000 crore to SIDBI at RBI’s policy repo rate for a period of 90 days. This facility has now been extended by another 90 days.

The VRR is an investment window provided by RBI to Foreign Portfolio Investors, which provides easier rules in return for a commitment to make higher investments. The rules stipulate that at least 75% of the allotted investment limit be invested within three months; considering the difficulties being faced by investors and their custodians, the time limit has now been revised to six months.

Measures to Support Exports and Imports

The maximum permissible period of pre-shipment and post-shipment export credit sanctioned by banks to exporters has been increased from the existing one year to 15 months, for disbursements made up to July 31, 2020.

The Governor has announced a line of credit of ₹15,000 crore to the EXIM Bank, for financing, facilitating and promoting India’s foreign trade. The loan facility has been given for a period of 90 days, with a provision to extend it by one year. The loan is being given in order to enable the bank to meet its foreign currency resource requirements, especially in availing a US dollar swap facility.

The time period for import payments against normal imports (i.e. excluding import of gold/diamonds and precious stones/jewellery) into India has been extended from six months to twelve months from the date of shipment. This will be applicable for imports made on or before July 31, 2020.

The RBI has extended the applicability of certain regulatory measures announced earlier, by another three months from June 1, 2020 till August 31, 2020. These measures will now be applicable for a total period of six months (i.e. from March 1, 2020 to August 31, 2020). The aforesaid regulatory measures are: (a) 3-month moratorium on term loan instalments; (b) 3-month deferment of interest on working capital facilities; (c) easing of working capital financing requirements by reducing margins or reassessment of working capital cycle; (d) exemption from being classified as ‘defaulter’ in supervisory reporting and reporting to credit information companies; (e) extension of resolution timelines for stressed assets; and (f) asset classification standstill by excluding the moratorium period of 3 months, etc. by lending institutions. The lending institutions have been permitted to restore the margins for working capital to their original levels by March 31, 2021. Similarly, the measures pertaining to reassessment of working capital cycle are being extended up to March 31, 2021.

Lending institutions have been allowed to convert the accumulated interest on working capital facilities over the total deferment period of 6 months (i.e. March 1, 2020 up to August 31, 2020) into a funded interest term loan, to be fully repaid during the course of the current financial year, ending March 31, 2021.

The maximum credit which banks can extend to a particular corporate group has been increased from 25% to 30% of the bank’s eligible capital base. This has been done in order to enable corporates to meet their funding requirements from banks, in view of the current difficulties being faced by corporates in raising money from the markets. The increased limit will be applicable up to June 30, 2021.

The Consolidated Sinking Fund is being maintained by state governments as a buffer for repayment of their liabilities. The rules governing withdrawal from this Fund have now been relaxed, in order to enable states to enable them to repay their borrowings from the market, which become due in 2020-21. The change in withdrawal norms will come into force with immediate effect and will remain valid till March 31, 2021. The Governor added that the relaxation is being done, while ensuring that depletion of the Fund balance is done prudently.

The domestic economy too has been severely impacted by the two-month lockdown, said the Governor. “The top 6 industrialised states that account for about 60 per cent of industrial output are largely in red or orange zones.” Demand has collapsed, production has come down, taking a toll on fiscal revenues. Private consumption has been dealt a severe blow.

The Governor said that agriculture and allied activities have provided a beacon of hope, amidst this encircling gloom. A ray of hope also comes from the forecast of a normal southwest monsoon in 2020 by the India Meteorological Department.

The Governor recalled that based on the incomplete data made available, food inflation, which had come down from its January 2020 peak for the second successive month in March, suddenly reversed and increased to 8.6% in April as supply disruptions took their toll, despite the current reduction in demand. India’s merchandise exports and imports suffered their worst slump in the last 30 years as COVID-19 paralysed world production and demand.

The Governor informed that the Monetary Policy Committee assessed that the inflation outlook is highly uncertain. The supply shock to food prices in April may persist for the next few months, depending upon the state of lockdown and the time taken to restore supply chains after relaxation. The elevated level of pulses inflation is worrisome, and warrants timely and swift supply management interventions, including a reappraisal of import duties.

Speaking of the road ahead for the economy, the Governor noted that the combined impact of demand compression and supply disruption will depress economic activity in the first half of the year. Assuming that economic activity gets restored in a phased manner, especially in the second half of this year, and taking into consideration favourable base effects, it is expected that the combination of fiscal, monetary and administrative measures being currently undertaken would create conditions for a gradual revival in activity in the second half of 2020-21.

Given all these uncertainties, GDP growth in 2020-21 is estimated to remain in negative territory, with some pick-up in growth impulses from H2: 2020-21 onwards. Much will depend on how quickly the COVID curve flattens and begins to moderate.

The full statement by the Governor can be read here.

2020-05-22
Editor in chief
Previous: Dharmendra Pradhan pitches for making Aatmanirbhar Bharat a cornerstone in pipeline projects
Next: NTPC in pact with ONGC to set up Joint Venture Company for Renewable Energy Business