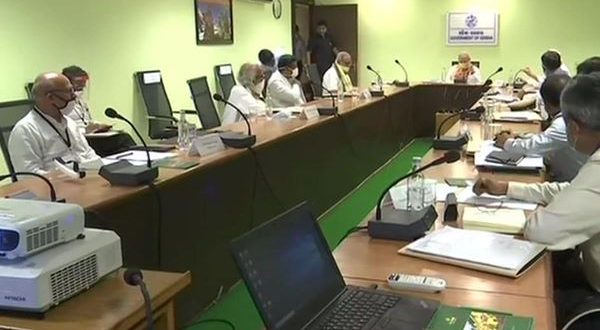 Bhubaneswar:22/5/20 Prime Minister Narendra Modi announced advance assistance of Rs 500 crore for Odisha towards the loss and damage caused by Super Cyclone Amphan that moved along the coastal belt of the state on May 20 before making landfall near Sunderbans in the neighbouring West Bengal.

The Prime Minister arrived at Bhubaneswar Airport this afternoon where he was received by Odisha CM Naveen Patnaik, Governor Prof Ganeshi Lal and other senior officials. He then embarked on an aerial survey of the cyclone-affected districts of Odisha in an IAF Helicopter.

After the aerial survey of cyclone-hit districts, PM Modi held a meeting with the State government officials at the first-floor conference hall of the Biju Patnaik International Airport (BPIA) where discussions were held on the damages to life and property under the impact of Cyclone Amphan. 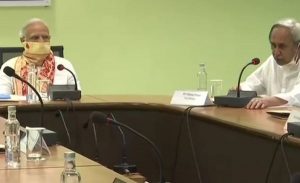 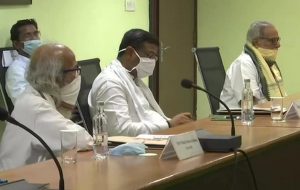 The Prime Minister further stated that soon a central team will visit Odisha to review the situation and further assistance will be released based on the final report submitted by the State government.

As per preliminary estimates by the State Government,  44.80 lakh people have been affected in 1,500 gram panchayats. Crops in over one lakh hectare farmland have suffered damage. Besides, power distribution infrastructure has been badly affected with twisting and uprooting of electric poles, damage to transformers, and substations under the impact of Cyclone Amphan in the four worst-affected districts of Balasore, Jagatsinghpur, Kendrapara, and Bhadrak.