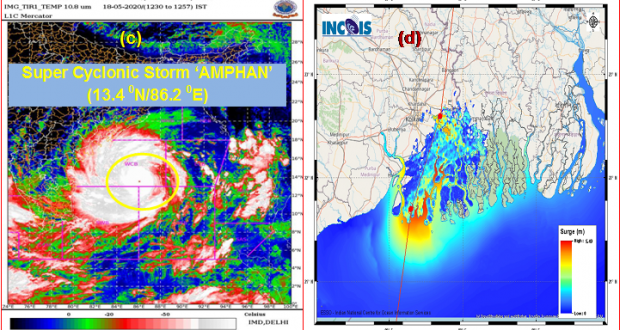 Newdelhi:19/5/20: According to the latest release (at 1900 Hrs. IST)by the Cyclone Warning Division of the India Meteorological Department:

· Total suspension of fishing operations during 18th to 20th May 2020.

· Diversion or suspension of rail and road traffic.

· Movement in motorboats and small ships not advisable.

Kindly visit www.rsmcnewdelhi.imd.gov.in and www.mausam.imd.gov.in for updates on the system.

2020-05-19
Editor in chief
Previous: Odisha government deferred the evaluation of Matric answer sheets in view of the cyclone Amphan
Next: Create en-route Rest Places with basic amenities for people on foot, till they are guided to bus/rail stations