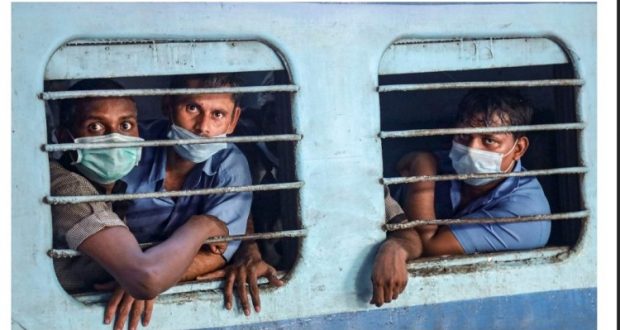 in State News May 19, 2020 Comments Off on Odisha government will bear the cost of transport of stranded migrant workers arriving by ‘Shramik Special’ trains 411 Views

Bhubaneswar:19/5/20: The Odisha government on Monday said that it will bear the cost of transport of stranded migrant workers arriving by ‘Shramik Special’ trains if it is not borne by the sending state.

“The train tickets cost will be adjusted against quarantine incentive of the returnees,” it added

Four Shramik special trains from Andhra Pradesh, Gujarat and Tamil Nadu are expected to reach Odisha on Monday and another from Gujarat on Tuesday.

2020-05-19
Editor in chief
Previous: Chariot construction work has been suspended for two days in view of Cyclone Amphan.
Next: Odisha COVID-19 positive cases tally to 1052