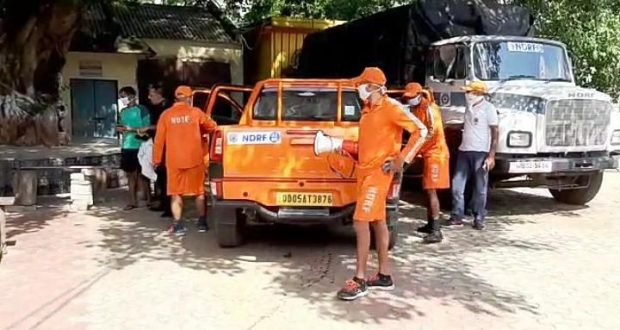 Balasore: 18/5/20: As Balasore is among the five Odisha districts that are likely to be affected by the severe cyclonic storm Amphan (pronounced as Um-pun), district Collector K Sudarshan Chakravarthy today called an emergency meeting with the administrative officials to discuss on the preparedness.

After the meeting, the Collector informed that decision on shifting of locals from the low-lying areas and coastal belts to cyclone shelters will  be taken after considering today’s status of the cyclone. For this, 587 school buildings and pucca houses have been identified and kept ready, he added.Last evening, Chakravarthy held a meeting via video conference with districts officials, mainly from Agriculture and Health  Departments.  Besides preparedness, he discussed on the tentative damage control strategies post the cyclone.

While residents from low-lying areas and thatched houses will be shifted to various cyclone centres, the district administration has decided to shift all pregnant women from these areas to hospitals to ensure that they receive proper medical attention in the tough time.

This apart, after receiving two National Disaster Response Force (NDRF) teams yesterday, the administration has divided them into sub-teams and deployed them at different parts of the district. An Odisha Disaster Rapid Action Force  (ODRAF) team is also ready for backup. Also,  15 firefighting teams, who reached Balasore from Sambalpur and Berhampur, have been stationed at various places in Balasore and Bhadrak.

As per the Collector’s statement, over 2. 90 lakh residents from 136 Gram Panchayats (GPs) under five blocks in Balasore district have been kept under close watch ahead of the approaching natural disaster.

Worth mentioning, five districts including Balasore, Bhadrak, Kendrapada, Mayurbhanj and Jagatsinghpur are likely to be affected by the impending cyclone. 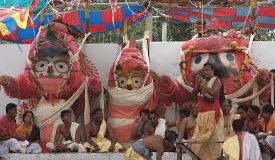 Bhubaneswar:25/5/20: Domestic air travel resumed in Odisha on Monday along with several other states, as the first flight arrived at the Biju Patnaik International Airport here from Delhi, an official ...