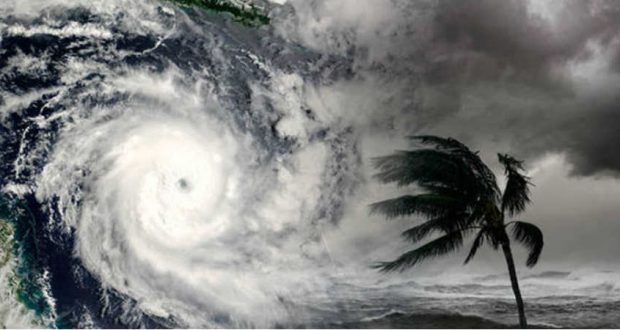 in National, State News May 17, 2020 Comments Off on Cyclonic storm lying centered about 990 km south of Odisha’s Paradip 384 Views

New Delhi: 17/5/20: The India Meteorological Department (IMD) on Sunday issued a cyclone alert for West Bengal and Bangladesh coasts after Cyclone Amphan intensified over the Bay of Bengal.

A deep depression in the ocean had intensified into the cyclonic storm last night and is likely to make landfall on the West Bengal coast on May 20. Its trajectory, however, is still being studied by the scientists.

Pursuant to that, it is very likely to move nearly northwards during next 24 hours and then re-curve north-northeast wards across northwest Bay of Bengal and cross West Bengal-Bangladesh coasts between the Sagar Islands in West Bengal and the Hatiya Islands in Bangladesh during the afternoon or evening of May 20 as a very severe cyclonic storm.

“Also, fishermen are advised not to venture into North Bay of Bengal along and off North Odisha, West Bengal and adjoining Bangladesh coasts during 18th to 20th May 2020,” the weather department stated.

In the wake of the impending cyclone, Union Cabinet Secretary Rajiv Gauba on Saturday held a meeting with the National Crisis Management Committee (NCMC) to review the preparations.

During the meeting, officers of the concerned state governments confirmed their preparedness to deal with any emerging situation arising out of the cyclonic storm.

The NDRF, Armed Forces and the Indian Coast Guard have been put on alert and are coordinating with the state government authorities