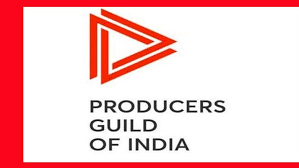 in Entertainment May 16, 2020 Comments Off on Producers Guild of India defends filmmakers’ decision to opt for digital release of films 543 Views

In an apparent reference to the decision of the makers of “Gulabo Sitabo” to release the film on a streaming platform, INOX had expressed its extreme displeasure and disappointment. Kamal Gianchandani of PVR Pictures had also said they were expecting the producers to hold their films for theatrical release.

The Guild said it is disappointing to see abrasive and unconstructive messaging from some of their colleagues in the exhibition sector. It added, when it comes to financial losses, the situation of the producers is no different from exhibitors. It said that insurers have refused to bear the cost of elaborate sets that had to be taken down as shoots remain cancelled.

The Guild said, cinemas may be one of the last sectors of the service likely to be given permission to re-open and even if theatres in India start functioning, there is no guarantee that the overseas theatrical market, which is a key component of the economics of Hindi films, will resume. It further said, even when cinemas re-open, there will be a huge backlog of releases and the smaller and medium scale films especially will suffer from sub-optimal showcasing.

The Guild clarified that theatrical release will always be preferred for movies that were conceptualised as cinematic experiences. But, it added, these are unprecedented times for all, and it is imperative to see things in context.

2020-05-16
Editor in chief
Previous: In India total number of corona virus cases reached 85,940 which Surpasses China
Next: US to donate ventilators to India