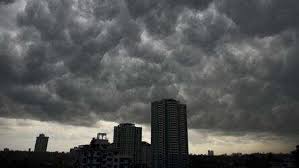 in National May 15, 2020 Comments Off on The monsoon onset over Kerala this year is likely to be on 5th June 425 Views

Newdelhi:15/5/20: The National Weather Forecasting Centre of the  India Meteorological Department, has come out with the forecast of Monsoon onset over Kerala. The silent features are given below:

Advance of the southwest monsoon over Indian mainland is marked by monsoon onset over Kerala and is an important indicator characterizing the transition from hot and dry season to a rainy season. As the monsoon progresses northward, relief from scorching summer temperatures experienced over the areas. Southwest monsoon sets over Kerala on 1st June with a standard deviation of about 7 days. India Meteorological Department (IMD) has been issuing operational forecasts for the date of monsoon onset over Kerala from 2005 onwards. An indigenously developed state of the art statistical model with a model error of ± 4 days is used for the purpose.

2. Status of the 2020 Southwest Monsoon and Advance over the Andaman Sea

In the Indian monsoon region, initial monsoon rains are experienced over south Andaman Sea and the monsoon winds then advance in a north-westwards across the Bay of Bengal. As per the new normal dates of monsoon onset/progress, the southwest monsoon advances over the Andaman Sea around 22nd May. At present, a well-marked Low-Pressure Area lies over southeast Bay of Bengal & neighborhood. It is very likely to concentrate into a depression over the same region during next 12 hours and further intensify into a Cyclonic Storm over central parts of south Bay of Bengal by 16th May evening. Associated with this event, conditions are likely to become favorable for advance of Southwest Monsoon into Andaman Sea, Andaman & Nicobar Islands and some parts of southeast Bay of Bengal, during next 48 hours. Past data suggest that there is no association of the date of monsoon advance over the Andaman Sea either with the date of monsoon onset over Kerala or with the seasonal monsoon rainfall over the country.

3. New Normal Dates of Onset/Progress and Withdrawal of Southwest Monsoon over India