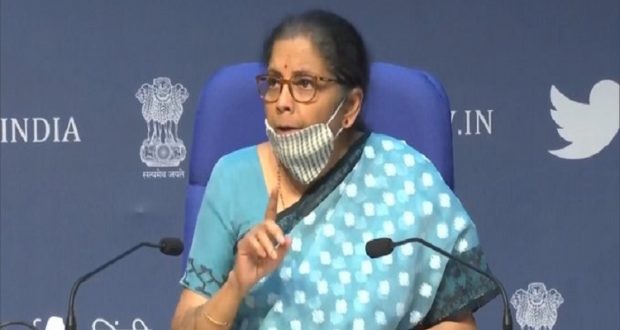 in National May 13, 2020 Comments Off on Power distribution companies to get emergency liquidity infusion of Rs 90,000 crore 377 Views

Newdelhi:13/5/20: In a relief to Power Distribution companies, Finance Minister Nirmala Sitharaman announced a liquidity flow of 90 thousand crore rupees to the PFCs and RECs . Vivaad se Vishwas scheme has also been extended up to 31st December without obligation of any extra payment.

Finance Minister said that the economic package  of 20 lakh crore rupees announced by the Prime Minister will enhance growth and build a very self -reliant India- Atmanirbhar Bharat. She said, Mr Modi in his address to the nation yesterday  had outlined his vision for a self reliant India and exhorted the  Indians to become vocal for our local products. The Finance Minister said, this vision was laid out after wide consultations with several sections of the society.

She said, the focus will be on the factors of production, labour, land, liquidity and law. She said, it will improve ease of doing business. Ms Sitharaman said, the intention is to build and take local brands to a global level. She said, Self-reliant India does not mean cutting off from rest of the world.

Finance Minister highlighted various other reforms introduced by the Centre, since 2014, which have brought structural changes in the system of addressing issues of farmers and workers. Over the next few days, the Finance Minister will release more details about the stimulus measures being taken by the Government.