Top Headlines
Home » National » As on 13th May 2020, a total of 642 “Shramik Special” trains have been operationalized from various states 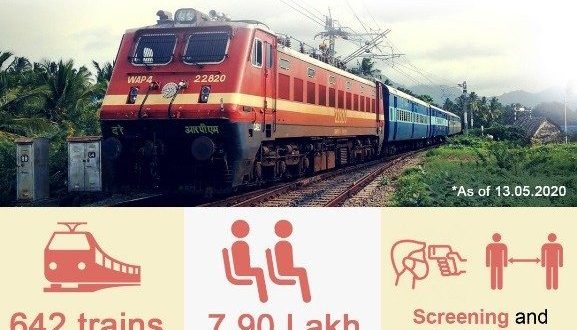 As on 13th May 2020, a total of 642 “Shramik Special” trains have been operationalized from various states

As on 13th May 2020, a total of 642 “Shramik Special” trains have been operationalized from various states across the country. Around 7.90 Lacs passengers have reached their home State. Trains being run by Railways only after concurrence is given both by the State which is sending the passengers and the State which is receiving them.

Proper screening of passengers is ensured before boarding the train. During the journey, passengers are given free meals and water.

Ministry of Coal with the support of Power, Steel and Mines Ministries organizes National Mineral Congress in Bhubaneswar

Newdelhi:28/5/22:The Centre will develop a framework to keep check over fake reviews on E-Commerce websites. The Department of Consumer Affairs (DoCA) after studying the present mechanism being followed by the ...