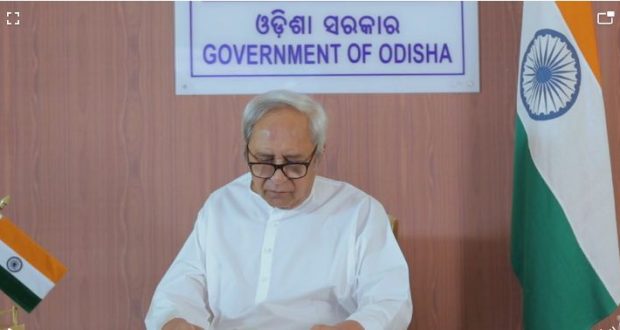 Odisha Chief Minister opted for a national SOP to boost a unified response in reviving the economy.

in State News May 11, 2020 Comments Off on Odisha Chief Minister opted for a national SOP to boost a unified response in reviving the economy. 400 Views

Bhubaneswar: 11/5/20:Odisha Chief Minister Naveen Patnaik on Monday opted for a national SOP to boost a unified response in reviving the economy.

Patnaik’s response comes during the video conferencing with Prime Minister Narendra Modi this afternoon. This was PM Modi’s fifth interaction with the chief minister of states and union territories.

The Odisha CM raised several key issues during the video conferencing with the prime minister.

Patnaik suggested that the need of the hour is to have broader principles at the national level and allow decentralized implementation by the local administration.

He said the Union Government must come up with a National Standard Operating Procedure (SOP) to boost the economy which has been ravaged by the national lockdown.

The Odisha CM urged the Union government to modify existing schemes to actively involve Panchayati Raj institutions in COVID Management to put a better fight against the dreaded disease.

It was suggested that the railways should be regulated in consultation with states. During the video conferencing PM Modi stressed the measures to contain coronavirus.

2020-05-11
Editor in chief
Previous: Nearly 90 percent of cases in Odisha are asymptomatic and they do not need any treatment.
Next: Number of COVID-19 cases in Odisha mounted to 437