Top Headlines
Home » State News » Odisha Congress chief has criticized the government for not looking into migrant labourers issue at the right earnest. 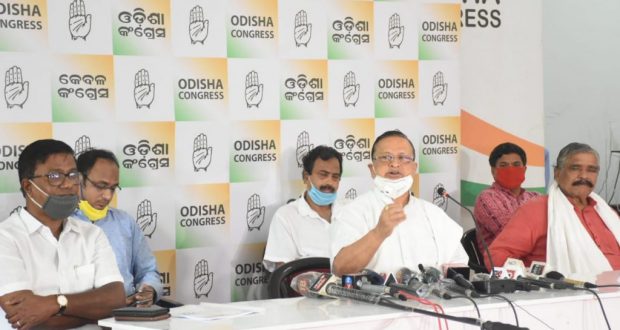 Odisha Congress chief has criticized the government for not looking into migrant labourers issue at the right earnest.

Bhubaneswar:9/5/20: State Congress chief Niranjan Patnaik has criticized the government for not looking into migrant labourers issue at the right earnest.

He said hundreds and thousands of Odias are in distress in other states, but the state government is not taking enough measures for mitigating their miseries.

Patnaik said his party has offered to bear the expenses incurred towards the train fare of migrant Odias, but the state government did not respond to our proposal.

The OPCC president alleged that the visuals of quarantine centres what we see on television are different than reality. These centres lack adequate facilities for their long stay, he added. He said quarantine centres are out of bound to see if these are maintained properly or not.

Other Congress leaders have also alleged that the government has been rather apathetic to the plight of the migrant labourers. They seem to be unwanted lot both at their workplaces and native villages, the leaders added.

2020-05-09
Editor in chief
Previous: Home Ministry grants permission for opening of 3000 CBSE affiliated schools as assessment centres
Next: Telling the Stories Beyond the Silver Posters of Satyajit Ray