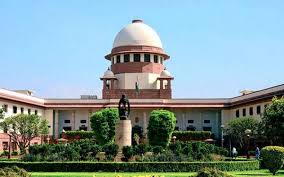 in National, State News May 8, 2020 Comments Off on Supreme Court Stays Odisha High Court Order Over Return Of Migrants 354 Views

Bhubaneswar:8/5/20: A day after the Orissa High Court directed the Odisha Government to allow return of those migrants to the state who test negative for COVID-19, the Supreme Court today stayed the directive.

A bench of Justices Ashok Bhushan, S K Kaul and B R Gavai stayed the order on a mentioning made by Solicitor General Tushar Mehta.

The high court, by way of the impugned order, has without hearing the Union of India, has passed an interim order mandating the COVID-19 testing of every migrant before boarding the conveyance,” the plea filed in the top court said, adding that the order may have a “cascading effect” on migrants of other states as well.

It claimed that the order, “apart from being unworkable”, failed to notice the standard operating procedure already being followed by the Centre and the state governments.

“It is humbly submitted that impugned order clearly impinges upon the executive domain and creates an unreasonable and impossible to perform pre-condition on part of the governments and the migrants workers who wish to travel back to their native places,” it said, adding, the high court order ignores the nature of pandemic and the “delicate handling of the situation by the executive, after consideration of all possible factors.”

The Centre has told the apex court that after completion of a strict 40 day lockdown, in which no inter-state travel of any kind was permitted, a decision was taken that migrant workers, pilgrims, tourists, students and other persons stranded at different places would be allowed to travel back to their native places.

The High Court had asked the state government to ensure that only those migrants, who test negative for COVID-19, are allowed to return to the state.

“The state government should ensure that all the migrants who are in the queue to come to Odisha should be tested negative for COVID-19 before boarding the conveyance,” the High Court had said.

Social activist Narayan Chandra Jena had written a letter to the High Court on May 1 seeking judicial intervention for ensuring that COVID-19 affected migrant workers are not allowed to enter the state by the government. The letter was later converted to a PIL on May 4.

2020-05-08
Editor in chief
Previous: 25 More Test COVID-19 Positive In Odisha, Tally At 271
Next: Odisha Government has increased the mandatory quarantine period for returnees from 14 days to 21 days