Top Headlines
Home » National » In India for the last 24 hours taking the total number confirmed cases of COVID-19 is 27,892. 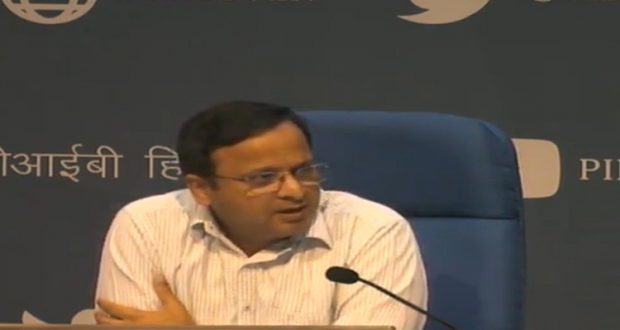 Newdelhi:27/4/20: A total of 1,396  confirmed cases of COVID-19 have been reported in the country in the last 24 hours taking the total number to 27,892. Out of the total cases, 6,184 patients have recovered and discharged from the hospitals including 381 patients recovered in the last 24 hours while 872 patients have died so far. Briefing media in New Delhi, Health Ministry official said that recovery rate if patients are improving and  now  it stood at 22.17 percent. He said, 16 Districts in the country which earlier had cases, have not reported any fresh cases in the last 28 days. He said, three new districts that were added to this list are  Gondia in Maharashtra, Devangere in Karnataka and Lakhi Sarai in Bihar.

He also added a total of 85 districts from 25 States and Union Territories have not reported any new case since the last 14 days.

2020-04-27
Editor in chief
Previous: Lockdown restrictions will continue in Bhubaneswar to contain the spread of Covid-19.
Next: Tata Steel BSL to sanitise 15 villages to prevent spread of COVDI19