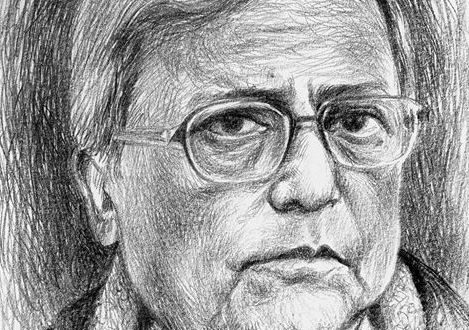 Bijay Mishra  Born at Santaragadia village in Balasore district on 16th July 1937, He was Son of Late Harihar Mishra & Smt Annapurna Mishra, by profession he was Civil Engineer, retired from Dept. of Irrigation, Govt.  Of Odisha. Mishra had written at least 60 dramas and 55 film scripts besides, many serials. Some of his literary works have been translated to other regional languages.

Mishra began playwright from 1960 and his first play ‘Janani’ was staged in Annapurna Theatre, Cuttack. His widely acclaimed play ‘Tata Niranjana’ has been translated in Hindi, Nepali, Kannada and in several other Indian languages which won him a national award from All India Radio.

Actively involved in Odia film and theatre for last six decades Mishra has written over 60 plays and scripts of more than 50 Odia films. His two directed films ‘Jajabara’ and ‘Rajanigandha’ are cult films of Odia cinema while many of his dramas still run houseful.

Mishra has won many awards and accolades including the prestigious Jayadev Samman- the highest award for contribution to the field of cinema last in the 30 th Odisha State Film Award.. He also won Kendra Sahitya Akademi award for his play ‘Vanaprastha’. His play ‘Tata Niranjana’ has been translated in several languages including Nepali ans Kannada and has received best play status, a national award from the All India Radio and has been broadcast simultaneously from 18 different languages.Bijay Mishra passed away on 26th,May 2020 during Akshya trutiya festival,

Passion: To establish himself as a distinguished playwright, scriptwriter & Director of Odia plays and contribute to Indian drama for enrichment and entertainment and to bring social reforms in society.

Mission: To apply his engineering concept and skill in the playwright. This prompted him to produce the1st play “JANANI” (The Mother) at the age of 21 which was staged at Annapurna Theatre at Cuttack and was a grand success. Thus came in the play “Saba Bahaka Mane” in which he applied his engineering skills diligently and effectively. This prompted him to step into the arena of professional Theatre. Thus came a series of plays from him such as 1) ASHANTA GRAHA, 2) TIMIRA TIRTHA, 3) PRATIKHYA, 4) JAJABARA, 5) PARSHURAM, 6) SABA BAHAKA MANE, 7) JADUKAR, 8) LAST TRAIN, 9) BHANGA AAINA, 10) EKADA LABANYA, 11) ACHANAK AKASMAT, 12) TARI LAGI, 13) JANE RAJA THILE, 14) TATA NIRANJANA, 15) DUITI SURYA DAGDHA PHULAKU NEI, 16) BANA PRASTHA and many more.

Glimpses of his outstanding Plays:

TATA NIRANJANA: This play has received best Play status, a NATIONAL AWARD from ALL INDIA RADIO and has been broadcast simultaneously from 18 different languages on the day of Buddha Purnima. In the play, writer raises the question “whether the institution is great or the individual ?” the play has later been translated in Hindi, Kannada and Nepali languages.

SABA BAHAKA MANE: (The Grave Diggers) is an absurd play written way back in 1968 which opened a new horizon in Odia Drama. This is considered as the first absurd play of Odia drama which exemplifies a seamless blending of Engineer Mishra’s professional expertise with the creative craftsmanship. First time the play had introduced the division of Acting Zones, use of wooden frameworks, skillful freezes and many noble techniques in Odia theatre and became a trendsetter.

ASHANTA GRAHA (Restless Planet): In the play the main protagonist is a bastard child, thrown to the street, which has been picked up by a Christian priest. The protagonist knew, he was illegitimate child, he could not compromise himself, he hated himself and others. Subsequently he became a killer and was sentenced. The play ran with full house in Annapurna Theatre, Cuttack for months together.

BANA PRASTHA: This is a story of every household, neglected millions of our parents and grandparents who still struggle to survive and see their dream come true even after being tortured and neglected by their children and driven away from their so called family. The story is extremely touchy and replete with emotions. This play is getting translated into Hindi shortly.

Play that found a place in college / University syllabus:

(b) BHALU UPADRAVA, +2, Board of Secondary Education, Odisha

Research work is done on Dr. Bijay Mishra’s writing and Ph.D. awarded to:

A glimpse on the Trust Bijay Eka Uchhwasa

Dr. Bijay Mishra conceived the idea of creating trust in the year 2011 with the motto to explore, uplift, upstage and promote theatre Art, Culture & Literature of Odisha which is slowly losing its popularity amongst Odia people. Thus came into existence his trust which was christened as “Bijay Eka Uchhwasa “

So far the trust has done the following activities:

Subject – Nirmala Paribesa in the village,

Health awareness in the rural area

Girl child education in the remote village of Odisha

He has written the screenplay and dialogue for 3 episodes under the serial KOMAL GANDHAR in Odia, which were telecast from Cuttack Doordarshan.

He has also written weekly serial for Doordarshan, which were produced by different production houses, such as “JE PAKHI UDE JETE DURA”, “SAKALA APEKHYA RE”, “MANA ARANYA” and “SHREE JAGANATH”.

He has completed successfully 2 popular mega serials which were also produced by different production houses. They were,“SARA AKASH” and “SAKALA SURJYA”

His mega serial “TASH RA GHARA” was viewers favourite serial when it was beamed.

OTV ODIA: Has written on Lord Jagannath and his miracles, “SHREE JAGANATH” which was aired for 30 months with highest ever TRP in the morning programmes.

Prameya News7: Has written a serial on “NABAKALEBARA” of lord Jagannath, named “DARU BRAHMANKA NABAKALEBARA” in 2015. The serial was highly appreciated by Odia people.

As Director: Dr. Mishra has directed two mega serials in Doordarshan which were “AAINA” & “UDHAVA KETE TU PACHARU” and several other short  serials  with  5 episodes & many documentary  films.

Sound & Light Programs: Dr. Mishra’s memorable creation on emperor Kharavela, dramatised with impeachable immaculate crisp and overpowering dialogues mixed up with the dace of sound light and water is a rare creation. The show is the only sound light and water program in Odisha at Pathani Samanta Planetarium Bhubaneswar.

His second creation of sound and light program is on the childhood days of our beloved Netaji Subash Chandra Bose at Netaji Sadan Cuttack, declared as the state heritage building is a marvel. The essence and aroma of this writing lure audience to watch these shows in rapt attention.

He is an impulsive writer who has started his next play a neo-modern drama with a powerful message to the society, why society? To the whole world, to the entire global fraternity. As Dr. Mishra always says that “I LIVE TO WRITE AND WRITE TO LIVE” which he has justified through his writing tenure spread over 55 years.

(Copyright by www.odishanewstimes.com: All rights are reserved by the author. No part of this article may be reproduced, stored in or introduced into a retrieval system, or transmitted in any form by any means(electronic, photocopying, recording or otherwise)  without the prior written permission above-mentioned web portal owner)