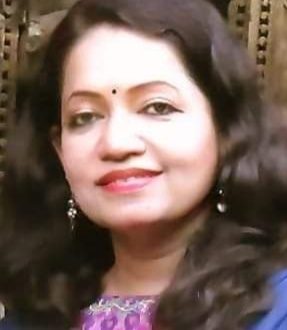 Bhubaneswar:23/4/20: Eminent Odia singer Adyasha Das released a song on the occasion of the Earth Day yesterday on YouTube. The song,” Tumaku Chuinle Aau Thare” is written by Shri Sitakant Mahapatra,  Jnanpith laureate and eminent poet and literary critic and reflects the strong spirit of return to the soil, the need of the hour now.

At a time when the world is in chaos, with the scare of the invisible enemy COVID and the pandemic, people are returning to their homes and villages. The song is based on the poet’s yearning for his Janma mati, his village. Village life has been a focal point of most of us Odias. The village is a living, organic entity, with blood flowing through its veins, and with a definite pulse and heartbeat, with its own distinct personality.

The music has been composed by the celebrated composer of our times, Shri Omprakash Mohanty. Each word of the poem has been dyed with the rarest of colours and flavour of village life. Adyasha is recognized for her forays into musical projects showcasing and promoting the literary and cultural heritage of Odisha. Her song on the Chausathi Yoginis of Hirapur, based on the ancient tantric seat of worship earned her worldwide appreciation.

It is the first-ever song depicting the rare qualities of all 64 yoginis and is a unique contribution to the preservation of our cultural legacy. At a time when modernity is pushing people into a chaotic identity-crisis, this song came as a reminder of our rich cultural heritage, to strengthen our cultural and historical identity.

‘Padma Patrare Jibana’ is yet another outstanding musical venture wherein Adyasha has paid a musical tribute to her mother and legendary writer and Jnanpith laureate Pratibha Ray. Describing the album as the first musical autobiography, Adyasha said it also the unique bond between a mother and a daughter, a writer-singer duo. Adyasha is an Associate Professor at Indian Institute of Tourism and Travel Management, Bhubaneswar.