Top Headlines
Home » State News » Out of 74 positive cases so far, 24 are either returnees from West Bengal 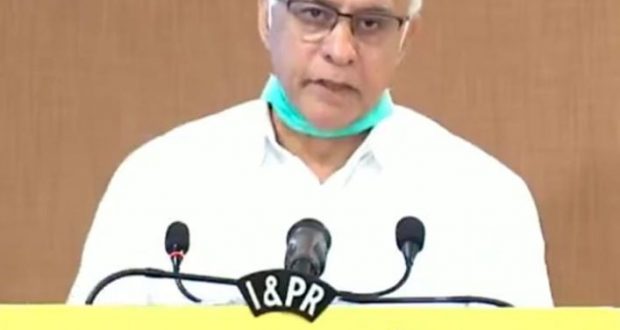 Out of 74 positive cases so far, 24 are either returnees from West Bengal

Bhubaneswar:20/4/20: As more number of people, who returned from West Bengal recently, tested positive for the deadly COVID-19 today, the Odisha government raised concerns over the matter. Out of 74 positive cases so far, 24 are either returnees from West Bengal or have come in contact with persons who returned from the neighboring state in recent past, informed Subroto Bagchi, Odisha government’s Chief Spokesperson on COVID-19 here.

In past 24 hours, five persons each from Bhadrak and Jajpur districts tested positive for the virus. Moreover, they have a travel history to West Bengal.

Bagchi further said one-third of the COVID-19 positive cases returned from West Bengal. People returning from the neighboring state will have to spend 14-day quarantine mandatorily at panchayat level, he added.

This apart, district administrations have been asked to make ground verification and take action accordingly.

Bagchi said panchayats have been directed to ensure that returnees from West Bengal adhere to the 14-day quarantine at the government facility positively.

Apart from the fresh 10 positive cases from Bhadrak and Jajpur districts, 14 other COVID-19 afflicted people have West Bengal link. As many as eight persons detected as COVID- 19 positive at Surya Nagar area in Bhubaneswar, had also Kolkata link.

“One woman from Surya Nagar visited Kolkata and she transmitted to seven others including her elderly parents in Surya Nagar,” an official said calling her a “super spreader” in Odisha.

Similarly, a young girl from Kendrapara district also got an infection from Kolkata where her father worked as a plumber.

Till yet, 74 persons tested positive for COVID-19 in Odisha. Out of these, 24 recovered and were discharged from hospital while one died. The number of active cases in the State is at 49.

2020-04-20
Editor in chief
Previous: NALCO AND MCL to fund two dedicated Covid-19 hospitals in Odisha
Next: Six more persons have tested positive for Coronavirus in Odisha