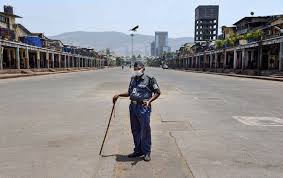 State government has stepped up measures to contain the spread of Coronavirus. The number of containment zones in the state have increased to 243 including 123 in Hyderabad and Secunderabad.

Meanwhile, with 16 more people testing positive for Coronavirus, the total number of Covid-19 cases in Telangana has risen to 503.  Two more people succumbed to Covid-19 yesterday. With this, total deaths reported due to Covid19 has gone up to 14.

51 people recovered from the disease and discharged from hospitals. With this, total recoveries reported in the state have also gone up to 96. Over 25 thousand people who were under quarantine have also been released.

West Bengal government has also announced an extension of ongoing lockdown till 30th of this month. State government has also announced a suspension of classes in Schools, Colleges and Universities till 10th of June. Six fresh Corona positive cases have been detected in the state during the last 24 hours, taking the total number of patients to 95.

Meanwhile, Maharashtra Chief Minister Uddhav Thackeray has said that the lockdown will be extended in the state till 30th of April. He said, he had expressed the willingness to extend the lockdown during video conference with Prime Minister Narendra Modi yesterday. Mr. Thackeray warned against complacency in the fight against the virus outbreak.