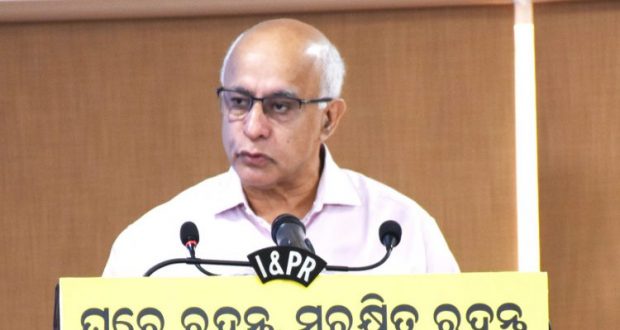 Bhubaneswar: 10/4/20: There are two minor children among 48 COVID-19 positive cases in Odisha, as per the case details released by the State government on Friday.

The I&PR department, in a tweet, released the case details of four positive cases, 45, 46, 47 and 48 who were detected late last night.

As per their travel history, they remained at home from March 22 to April 3 and visited AIIMS Bhubaneswar to attend case no 42 on April 4 and 5. They were in Home Quarantine from April 6 to 9 and their samples were collected as part of contact tracing on April 8. The trio was tested positive for COVID-19 on April 9 and admitted to KIMS COVID Hospital on April 10.

It may be mentioned here that the two COVID-19 positive minors are the first two cases detected in Odisha so far.

The state government also released the travel history of case no 45, who is a 20 year-old-male from Golamunda in Kalahandi district. He had met his friends in Beheraguda village in Golamunda on March 20 and 21 in the afternoon and remained at home from March 22 to 24. The case no 45 had visited a grocery shop in the village on March 25 and from March 26 to April 3 he had no movement.

On April 4, he had come in contact with a person having travel history to Bahrain. He was shifted to the Institutional Quarantine center at Sosia on April 5. Following the detection of COVID-19 positive on April 9, the patient was shifted to Ashwini Hospital in Cuttack on April 10.

2020-04-10
Editor in chief
Previous: Odisha government advised all the private educational institutions to consider reduction/deferment of fees
Next: Orissa High Court clarified that seized of vehicle should not be constructed as complete lifting of the ban