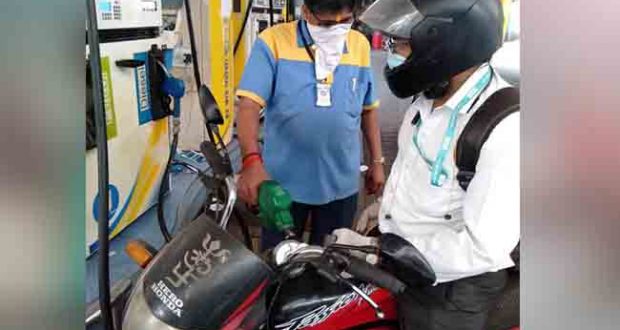 No Mask, No Fuel Rule Imposed In Odisha

Bhubaneswar:10/4/20: In a bid to strictly enforce government’s order making the wearing of face masks mandatory while going out of homes, the petrol pumps across Odisha on Friday came out with a stringent rule of ‘No Mask, No Petrol/Diesel /CNG’.

The petroleum dealers in Odisha have decided to not give fuel to people who turn up at filling stations without wearing masks amid COVID-19 outbreak. The decision was taken in view of State government’s strict directive asking people to mandatorily wear masks and also as a precautionary measure for the petrol pump workers who are vulnerable, informed General Secretary of Utkal Petroleum Dealers’ Association Sanjay Lath.

There are about 1600 fuel outlets across Odisha.

“The decision has been taken to ensure that people follow the governments guidelines”, Lath said.

2020-04-10
Editor in chief
Previous: Covid-19 testing capacity of RMRC increased to 1000 samples per day
Next: Odisha government visualises a large-scale n-CoV testing in the State in coming days