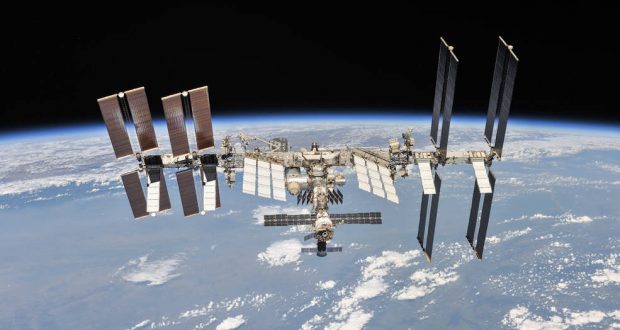 Washington, DC: 4/4/20: Three NASA astronauts will participate in a live media teleconference at 10:45 a.m. EDT Friday, April 10. The teleconference will stream on NASA TV and the agency’s website.

Expedition 62 flight engineers Chris Cassidy, Jessica Meir and Andrew Morgan will be available to answer questions from orbit. Recorded video of the crew working on the International Space Station will air at 10:30 a.m.

Due to time limitations, interested media must RSVP to Johnson’s newsroom at 281-483-5111 no later than 4 p.m. Wednesday, April 8. Questions can also be submitted in advance to @space_station using the hashtag #askNASA.

Meir and Morgan are scheduled to return home to Earth Friday, April 17. Morgan launched July 20, 2019, for an extended duration mission. Meir and Expedition 62 commander Oleg Skripochka launched to the space station aboard a Soyuz spacecraft on Sept. 25, 2019. It is the first spaceflight for both Morgan and Meir. Morgan, who considers New Castle, Pennsylvania, to be his hometown, has participated in six spacewalks, including four to help repair a cosmic ray detector experiment called the Alpha Magnetic Spectrometer. Meir, who is from Caribou, Maine, participated in the first three all-woman spacewalks.

Cassidy and his Expedition 63 crewmates, Roscosmos cosmonauts Anatoly Ivanishin and Ivan Vagner, are scheduled to launch and arrive at the space station Thursday, April 9. Cassidy, who considers York, Maine, to be his hometown, will become commander of Expedition 63 when Meir, Morgan and Skripochka return home.

For almost 20 years, humans have lived and worked continuously aboard the International Space Station, advancing scientific knowledge and demonstrating new technologies, making research breakthroughs not possible on Earth that will enable long-duration human and robotic exploration into deep space, including the Moon and Mars. As a global endeavor, 239 people from 19 countries have visited the unique microgravity laboratory that has hosted more than 2,800 research investigations from researchers in 108 countries.

2020-04-04
Editor in chief
Previous: Police on Saturday booked several people for violating the 48-hour shutdown
Next: Nation to join PM Modi’s call to light up diyas, candles at 9 pm today to fight COVID-19