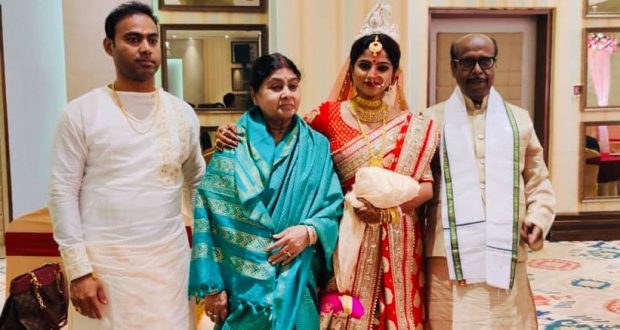 Bhubaneswar:13/3/20: In 1998  Odia film GANGASIULI was released, this film was produced by Kamal lochan Sahu under the banner of Jyostna Arts.Through this  movie  Meenaketan debuted  in Negative role while Bengali actress   Srila for the first time essayed the role of Seema opposite Muna Khan,SriNibas  has directed this film along with penned Story, script, dialogue and composed the music.Gangasiuli  as a love story though not able to catch the audience but reel love story   became real as the Director Srinibas tied the nuptial knot with  Srila Now Bengali actress became Odia Bahu.Now Sreela  has essayed the mother role in odia tv serial 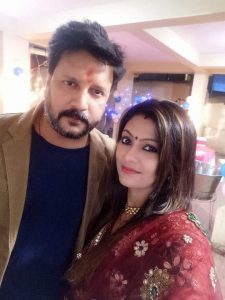 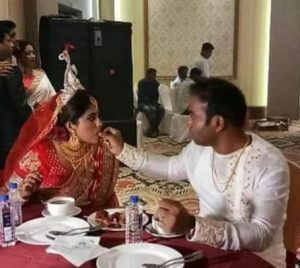 Odia actor  Bobby Mishra married to Koyal who is an odia  actress and a bengali girl. Koel’s debut movie in odia was ‘Tu Tha Mu Jauchi Rushi’ directed by Sritam. After that she is also paired opposite Babusan in ‘143 I Love You’. In 2010, Bobby Mishra and Koel Mukherjee acted in an odia film together as ‘Tate Bhala Pauchi Boli’. In  2012 Bobby Mishra tied the nuptial knot with Koyal Banerjee.

Now the turn of Jhilik Bhattacharya, Jhilik is an Indian actress mostly viewed in Ollywood movies filmed in Odia languages and Bengali movies. She hails from West Bengal. She made her ollywood debut with the film ‘Target’ opposite veteran odia actor  Mihir  Das”s son Amlan  who had also debuted through this movie produced  by  Niranjan Rana. Odia film actress Jhilik Bhattacharjee tied the nuptial knot with Sukinda MLA Pritiranjan Gharai, the actress informed sharing a marriage photo on her Instagram.. 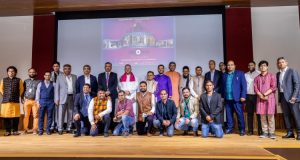