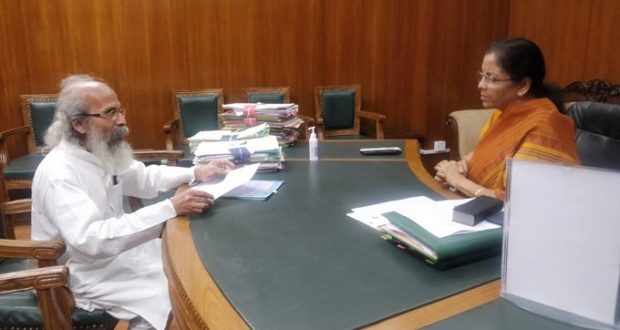 The Minister Of State for Micro, Small & Medium Enterprises and Fisheries, Animal Husbandry and Dairying, Govt Of India, Pratap Sarangi also requested the Union Finance Minister for an independent inquiry into the issues terming the episode a conspiracy on part of the Odisha government officials.

Sarangi appraised the Union Finance Minister that the people of Odisha are deeply anguished about the deposit of Rs.545 crore fund of SJTA in the crisis-hit Yes Bank.

He said: “Questions are being raised as to why the SJTA, functioning under the State Government of Odisha, has deposited the funds in a Private Bank in flagrant violation of the laid down guidelines to keep the Temple money in the Nationalised Banks”.

“This move smells of some conspiracy on the part of the concerned Officers of the State Government to serve their private pecuniary interests in connivance with the authorities in the Yes Bank, Sarangi further stated.

Sarangi also thanked Sitharaman for taking the lead on behalf of the Government to reassure the depositors of the capital-starved Yes Bank by making timely intervention.