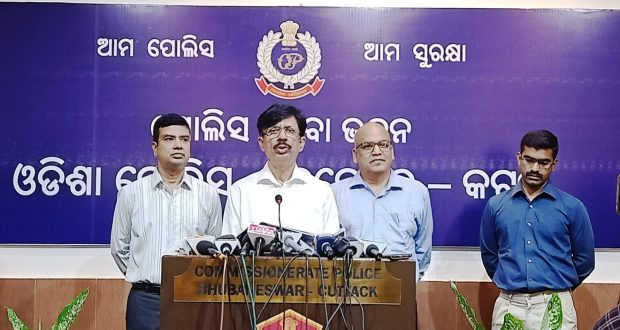 in Smartcity Bhubaneswar, State News March 12, 2020 Comments Off on Special Task Force of Odisha Police has made the biggest-ever seizure of Brown Sugar 827 Views

Bhubaneswar:12/3/20: The Special Task Force (STF) of Odisha Police has made the biggest-ever seizure of Brown Sugar this year which amounts to over Rs 1 crore. A press meet in this regard was addressed by Odisha DGP Abhay here on Thursday.

According to reports, the STF personnel carried out raids in the junction areas of Pipili, Jatni and Airfield Police Station areas and seized 1.749 Kg of Brown Sugar while arresting three drug peddlers.

The arrested persons were identified as Manas Parichha of Sorada in Ganjam, Santosh Das of Buguda in Ganjam and Maheswar Sahu of Kanas in Puri. The STF has urged the court for a 5-day remand of the accused person for further interrogation into the smuggling racket.

It is worth mentioning here that the so far the STF alone has seized 4.027 Kg of Brown Sugar in 2020 and arrested 32 persons involved in the illegal trade. Besides, in the year 2019, Odisha Police (All agencies of Odisha Police) seized 2.560 Kg of brown sugar.