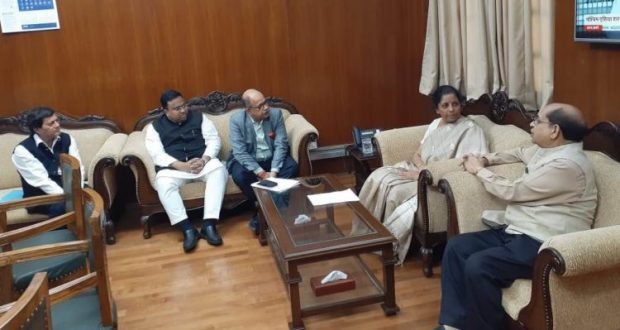 Odisha BJD MPs met Union Finance Minister seeking her intervention in the release of the Srimandir’s money from Yes Bank.

in State News March 11, 2020 Comments Off on Odisha BJD MPs met Union Finance Minister seeking her intervention in the release of the Srimandir’s money from Yes Bank. 501 Views

They also handed over a copy of the letter written by State Finance Minister Niranjan Pujari to Sitharaman.

Since the RBI imposed a moratorium on the cash-starved Yes Bank and capped withdrawals at Rs 50,000, the opposition parties in the state have been targeting the state government over its decision to park the huge sum of money in a private bank instead of a nationalised bank.

It may be mentioned here that Sitharaman had Friday said the Centre has asked the Reserve Bank to look into what went wrong at Yes Bank and fix individual responsibilities.

As Rs 545 crore is stuck in the cash-starved Yes Bank where RBI has ordered a 30-day moratorium on withdrawal of deposits, uncertainty looms large over Lord Jagannath’s funds.