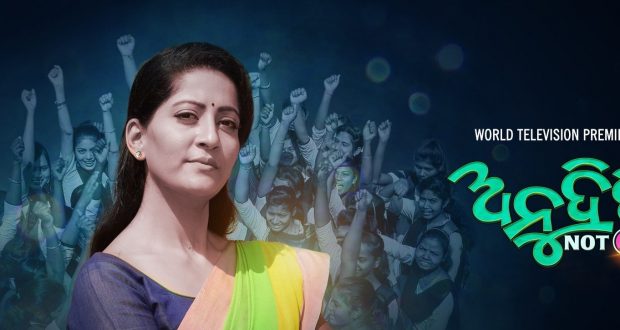 Bhubaneswar:10/3/20:  Veteran music  Director Akshya Mohanty  commenting on Paravati Ghosh”s directial debut  CHHA MANA ATHA GUNTHA said that  woman’s menstrual cycle  is a biological process but is it  necessary to  promote it in film without sufficient background ? Same question may be put to the director of ‘Anu Didi Not Out’, while the sanitary pad fall from the girl’s hand why the group of boy had laughed can the director justified? Another Male character who had serving in America as per story and came to choose his Bride from village not speak a single word throughout the film, Is that character is Dumb?

The background song in this film remember us the song   from sixty’s odia film. This is not at all coup with theme of this film. Some extra care was necessary during editing because while past live of ANU DIDI was reflected through her face but cause behind it not justified throughout the film, girl who was newly married how she came to participate in debate competition is also not revealed.

In spite of minor faults of ‘Anu Didi Not Out’ Directed by Tapas Sargharia is an excellent project to promote girls education in remote village. The movie showcases the girls of A the village breaking the societal barriers, raising their voice against exploitation and leading their way to success. As a protagonist Anu Choudhary did an excellent job it seems that in a character of a teacher in women’s college Anu has taken maximum responsibility in her shoulder to carry out the success of the film; it may be told Anu is not out of her acting ability.