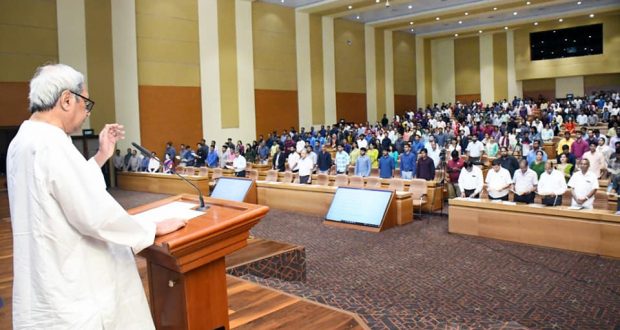 in State News March 8, 2020 Comments Off on Odisha Government has set a milestone by appointing 1038 doctors in a single day 482 Views

Bhubaneswar: 7/3/20:The Odisha Government has set a milestone in the field of healthcare by appointing 1038 doctors in a single day.

Speaking on the Induction Training of the newly-appointed doctors at the Convention Centre of Lok Seva Bhawan, Chief Minister Naveen Patnaik described the feat as historic. He urged the doctors to serve the people of Odisha with dedication and treat it as a mission.

Patnaik asked the newly-appointed doctors to take oath on the lines of Mo Sarkar’s commitment. 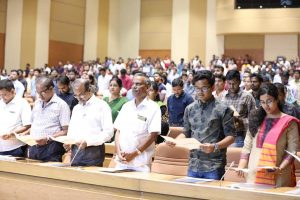 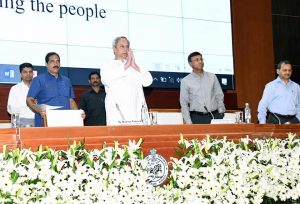 The 5T secretary V K Pandian brought home the nitty-gritty of 5T introduced by the state government and asked the newly-appointed doctors to take the healthcare system to the doorsteps. He urged them to be transformative as far as the health system in the state is concerned.

It is worthwhile to mention here that 5,414 doctors are working in the state against the sanctioned post of 8,719. The OPSC has selected 1,403 doctors of which 1,038 were appointed today. The second batch of doctors will be appointed soon.

2020-03-08
Editor in chief
Previous: Prime minister of India”s My GovIndia’s She inspires tweet – Odia author and teacher Sulagna Mohanty
Next: Odisha will be the first state to introduce Mission Shakti Odisha for empowering SHGs