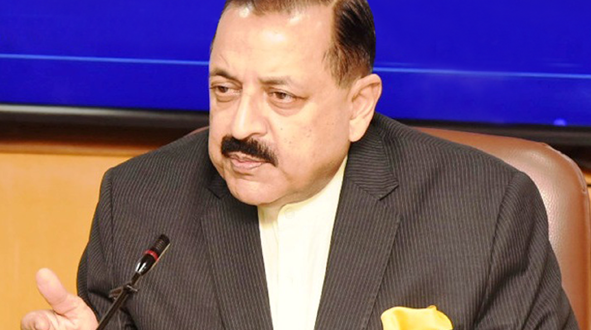 The Minister launches “Do You Know” Twitter Series on Family Pension

in National February 29, 2020 Comments Off on The Minister launches “Do You Know” Twitter Series on Family Pension 664 Views

Inaugurating the Pension Adalat, Dr. Jitendra Singh said that this is the first time that Pension Adalat is being conducted outside Delhi as the government wants to reach out to every part of society and every part of the country to get the grievances redressed in the real-time as aspired by the Prime Minister.

The Minister further said that the Pension Adalats will help in on-the-spot redressal of pensioners’ grievances which has given the right of ‘Ease of Living’ to the pensioners. The Minister also launched ‘Do You Know’ Twitter Series on Family Pension, along with a booklet highlighting case studies with the interpretation of Pension Rules.

In his address, the Advisor to the Lt. Governor of Jammu and Kashmir,  Rajeev Rai Bhatnagar said that it is good to see that this pension Adalat is conducted outside Delhi for the first time which shows the seriousness of the central government towards the grievance redressal mechanism.