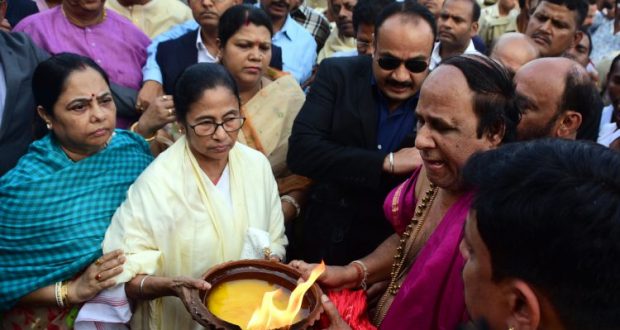 Banerjee reached Biju Patnaik International Airport (BPIA) in Bhubaneswar around 9 pm last night where Parliamentary Affairs Minister B K Arukha received her on behalf of the state government. Mamata then reached the Holy City by road.

The West Bengal CM, accompanied by Puri District Collector Balwant Singh, reached Srimandir at 4.10 pm and paid obeisance to the Holy Trinity. She was also presented with a ‘Pattachitra’ of Lord Jagannath by the temple sevayats (servitors). 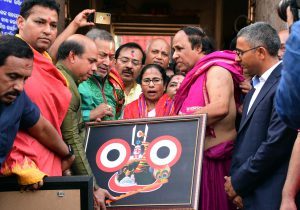 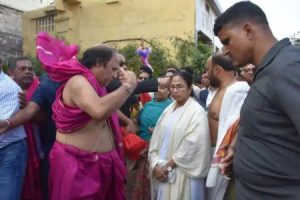 Talking to the media persons, soon after having darshan at the Srimandir, Mamata said: “I am an ardent devotee of Lord Jagannath and worship him at home daily. I prayed to the Lord for world peace and harmony”.

When asked about the Delhi violence over CAA, Mamata said: ” We don’t want bloodshed, we want

According to reports, the West Bengal CM is staying in a hotel at Baliapanda and the district administration has beefed up security around the hotel.

Notably, Mamata will be attending the Eastern Zonal Council meeting in Bhubaneswar to be chaired by Union Home Minister Amit Shah on Friday. Prior to this meet, the West Bengal CM would also be meeting her Odisha counterpart Naveen Patnaik on Thursday.

2020-02-26
Editor in chief
Previous: Odisha Chief Minister has released the mascot and jacket of SDC Football Cup 2020
Next: Naveen launched ‘Mo Sarkar’ programme in the Revenue and Disaster Management Department