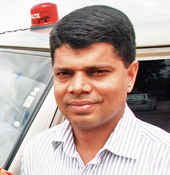 He was given the additional responsibility on Monday. A notification to this effect was issued after the Chief Minister gave his nod.

Pandian, a 2000 batch IAS officer has been working as the Private Secretary to Chief Minister Naveen Patnaik since 2011. He is credited with efficient handling of Patnaik’s works.

With an aim to ensure better service delivery to public and ensure good governance, Chief Minister Naveen Patnaik, after assuming the office of Chief Minister for the fifth consecutive term in May has laid emphasis on 5Ts – Transparency, Teamwork, Technology, Time and Transformation – and advised the Ministers, MLAs and bureaucrats and Government officials to follow the mantra.