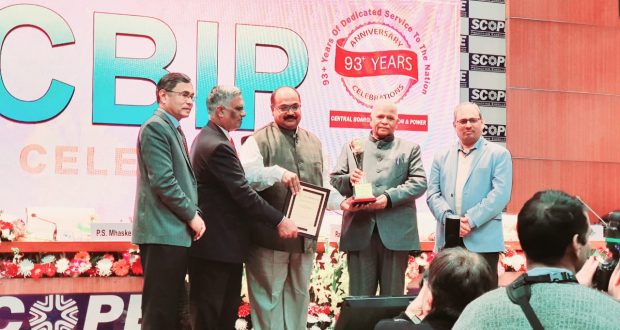 in District Diary, State News February 20, 2020 Comments Off on Hirakud Dam has been awarded as the best-maintained project and structure 519 Views

Bhubaneswar:20/2/20: Hirakud Dam, that is built across the Mahanadi River in Odisha has been awarded as the best-maintained project and structure by the Central Board of Irrigation & Power.

The reservoir was chosen in the category for the regular upkeep of the dam, since 1957 and for improving the efficiency of the dam.

The Hirakud Dam was built in 1957. This dam is one of the longest man-made dams in the world and one of the world’s longest earthen dams. The length of the dam is about 16 mi (26 km) and 55 km long. Hirakud Dam is the first major multipurpose river valley project that started after India’s Independence.

The Hirakud Dam is a composite structure of the earth, concrete, and stonework, about 15 km from north of Sambalpur. It has a length of around 24 km including dykes and stands across the river Mahanadi. Originally the dam length was about 4.8 km between two hills; on the left side Lamdungri and at the right Chandili Dunguri. The dam edge is about 21km of earthen dykes on the both left and right sides, closing the low saddles beyond the adjacent hills.

Hirakud Dam is the biggest artificial lake in Asia, with a reservoir holding around 743 km² at complete capacity, and water’s edge is about 639 km. On each side of the hills two observation towers has been built, one tower named as “Gandhi Minar” and the second one is “Nehru Minar”. Both the observation towers represent breathtaking views of the lake.