Top Headlines
Home » State News » By coming August 15 our citizens will have the freedom not to visit Government offices:Naveen Patnaik 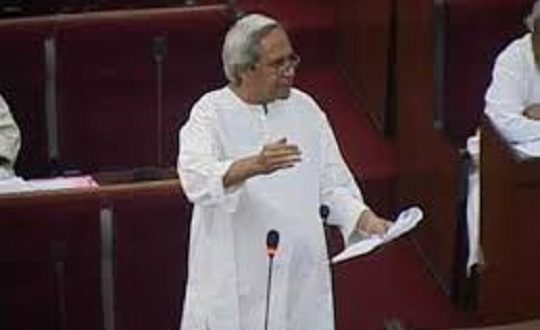 By coming August 15 our citizens will have the freedom not to visit Government offices:Naveen Patnaik

in State News February 17, 2020 Comments Off on By coming August 15 our citizens will have the freedom not to visit Government offices:Naveen Patnaik 494 Views

Bhubaneswar:17/2/20: By coming August 15 our citizens will have the freedom not to visit Government offices for any services, Chief Minister Naveen Patnaik said today during his motion of thanks speech on the Governor’s address in the State Assembly.

They will have the option of online services or professionally run common service centre or door delivery.

April 1 is the dateline for shifting of all wage payments through banks for all line departments. Integrated Financial Management System (IFMS) to be introduced in all government transactions across the departments by April 1 and Mo Sarkar in all departments by March 5 this year, the Chief Minister announced.

In addition to that   every Department has been given transformational targets, said the Chief Minister.

“People centric governance is the essence of a true democracy. The continuous trust of the people of Odisha is the ultimate energy that guides the policies of my government”, Patnaik said.

There was a time Odisha was identified with acute poverty and calamities.  Today, we are known for highest reduction of poverty in the Country and setting global benchmarks in disaster management. Our resolve to carve out a New Odisha-Empowered Odisha is firm, the Chief Minister added.

Claiming that Odisha is the only state which has doubled farmers’ income, Naveen said,  “We have brought more than 8 million people out of poverty in the last decade. This could not have been possible without bringing in significant improvements in the household income of the farmers of the state”.