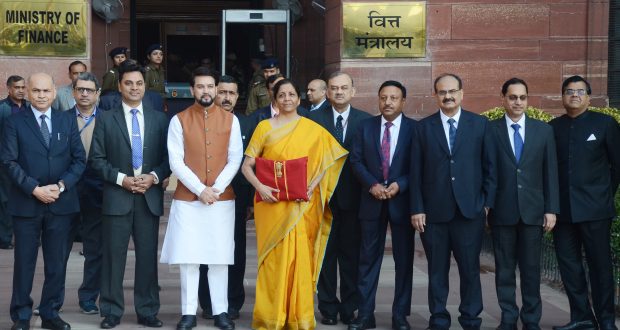 in National February 1, 2020 Comments Off on New decade’s first budget takes care of all sections of society 693 Views

Newdelhi:1/2/20:Union Minister of Agriculture & Farmers’ Welfare, Rural Development and Panchayati Raj, Shri Narendra Singh Tomar has hailed the Government’s Budget 2020-21, saying our government led by the Prime Minister Shri Narendra Modi has given priority to the common man besides farmers and the rural population. He said the first budget of the new decade paves the way for laying a network of Infrastructure leading to overall development and help achieve the target of $5 trillion economy by 2024-25. A 16 point plan has been unveiled reiterating the promise to double farmers’ income by the year 2022. The budget has provisioned Rs. 1.60 lakh crore for Agriculture and Farmers’ Welfare and Rs. 1.23 lakh crore towards Rural Development Ministry.

Shri Tomar specially thanked the Prime Minister Shri Narendra Modi and Finance Minister Smt. Nirmala Sitharaman for making adequate provision for the Ministries of Agriculture & Farmers’ Welfare, Rural Development and Panchayati Raj. Shri Tomar said our government has already been giving special attention to villages, the poor and peasants and by allocating more funds for this purpose and more schemes, it has been proven that the Modi Government is committed to the goal of “Sabka Saath, Sabka Vikas, Sabka Vishwas”. Budget provisions offer a glimpse of “Ek Bharat, Ek Shresht Bharat”. The budget is a relief to all sections of society, including the Women and Middle Class. Government has paid equal attention to vital sectors such as Health, Education, Skill Development and safe Drinking Water.

Presenting the first budget of the third decade of the 21st century, Finance Minister Smt. Nirmala Sitharaman today rolled out several reforms to reach out to the remote regions, the objective of which is to energize Indian economy in the short term, medium and long terms. The Unin Budget has been drafted with the prime objective of “Ease of Livelihood”. 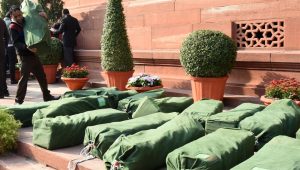 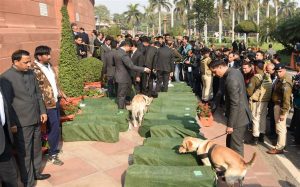 Shri Tomar said the Central Government is implementing several schemes in the interest of crores of farmers and more funds have been allocated in the Financial Year 2020-21. A total sum of Rs. 2.83 lakh crore will be spent on Agriculture and allied sectors, Irrigation and Rural Development, reinforcing the Modi Government’s pro-farmer priority. Farmers have gained a lot out of the ‘Pradhan Mantri Kisan Samman Nidhi (PM-KISAN). The Union Government will transform our food producers to energy producers by further promoting the setting up of solar power plants besides solar powered pump sets in arid lands. For this purpose the government will help 20 lakh farmers set up solar pumps. Another 15 lakh farmers will be provided with grid connection pumps. Solar energy will be promoted. Those farmers who have vacant farmlands or arid lands will be able to set up solar energy generation units and sell off the generated power.

State governments will be encouraged to adopt the model laws drafted by the Central Government towards reforms in Agriculture sector. The government is also focused on improving irrigation facilities. Budget has laid emphasis on the ease of farmers’ livelihood; special attention has been paid on how farmers’ produce reaches the markets soon. The Railways will ply Kisan Trains for transportation of milk, meat and fish. This will boost agriculture in the Northeast and tribal areas.

The government has introduced a new scheme for creating clusters in Horticulture sector and promoting a product each in all districts. Provision has been made to mlre than double the milk production capacity by 2025. The scope of NABARD’s refinance scheme will be expanded. Budget has provisioned Rs. 15 lakh crore for Agriculture Credit. More allocation has been made for Interest Subsidy so that no farmer faces any difficulty.