Top Headlines
Home » National » Government and opposition must move forward in tandem to ensure the country’s development and welfare of its people: President Kovind 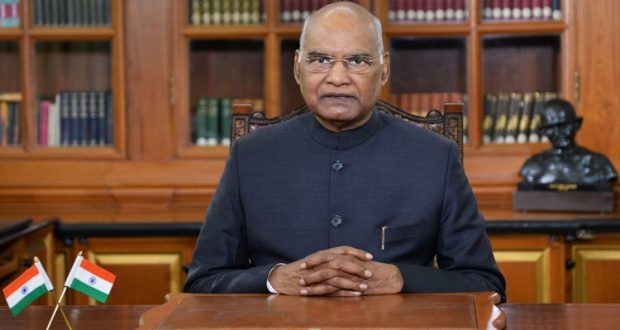 Government and opposition must move forward in tandem to ensure the country’s development and welfare of its people: President Kovind

in National January 26, 2020 Comments Off on Government and opposition must move forward in tandem to ensure the country’s development and welfare of its people: President Kovind 537 Views

Newdelhi:26/1/20:President Ram Nath Kovind has emphasised that both Government and opposition must move forward in tandem to ensure the country’s development and welfare of its people. He said, both have important roles in this endeavour.

Invoking Mahatma Gandhi’s message of non- violence, he said, the people, particularly the youth must not forget the gift of Ahimsa to humanity. Addressing the Nation on the eve of the 71st Republic Day celebrations, the President said, Mahatma Gandhi’s ideals remain relevant in our nation-building efforts and these should be a part of the daily routine to introspect on Gandhiji’s message of truth and non-violence, which has become very necessary now.

Mr Kovind said, as India and Indians march forward, we remain committed to engaging the global community in building a secure and prosperous future for ourselves and for the entire humanity.

The President said, a strong internal security is essential for the country’s development. The government has taken concrete steps to strengthen the internal security system. The President added that access to health and education is the foundation of good governance and in both these sectors, we have come a long way in seven decades. He said,  the Government has rightly focused its attention on the health sector, with ambitious initiatives. He said, beginning with the Pradhan Mantri Jan Arogya Yojana and Ayushman Bharat, the world’s largest healthcare programme, the Government has cared for the well-being of the poor.

On education, President Ram Nath Kovind said, the government has endeavored to ensure that every child and youth gets educated. He said, at the same time, we have to reach global standards in education by continuous reforms. Emphasising on the priority given to water conservation and water management, the President expressed confidence that Swachchh Bharat Abhiyan and Jal Jeevan Mission will become popular movements.

Mr Kovind said, the roll out of  GST has fulfilled our vision of One Country, One Tax and One Market. He said, the government has taken consistent efforts to ensure an overall development of every part of the country- from Jammu and Kashmir and Ladakh, the States in the North- East and the Islands in the Indian Ocean.

He said, India is proud of ISRO’s achievements. Mission Gaganyaan is progressing well and the nation is looking forward to the Indian Human Spaceflight Programme.

Praising the armed forces, the President said, their sacrifices to preserve the country’s integrity are a saga of unparalleled courage and discipline. Mr Kovind said, India has done well in sports. The new players and athletes have brought laurels for the nation. He said, in Tokyo Olympics 2020, the Indian Contingent will have the good wishes of millions of Indians.

The Indian diaspora around the world has been pride of the country. They have not only brought prosperity to their adopted lands, but also enhanced India’s image in the world community.
The President also mentioned about his interaction with some of the achievers who have done commendable work in various fields.

He said, working silently, they have made immense contribution to various fields including science and innovation, empowerment of Divyang persons, women and child development, education, healthcare, revival of old art forms and in providing food and nutrition to the needy.

The President said, we are now in the third decade of the twenty-first century. This will be the decade to herald New India and a new generation. He was confident that the new generation will remain committed to our core values. He said, for the country’s youth, the nation always comes first. With them, we are witnessing the emergence of New India.

President Kovind expressed confidence that the new generation will adhere the central tenets of democracy which are justice, liberty, equality and fraternity. Mr Kovind said, by doing so, we will be adding a meaningful dimension to our celebrations of the 150 th birth anniversary of Gandhiji.

The President concluded his address by quoting Chief Architect of the Constitution of Baba Saheb Ambedkar. He said, the words of Baba Saheb will continue to show us the way ahead to new glories.