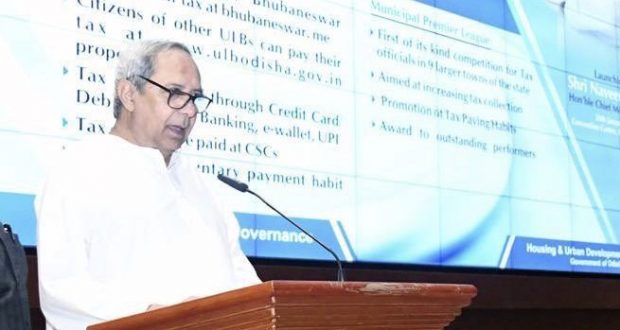 Bhubaneswar:20/1/20: In an effort to give shape to a major 5T target in urban administration with greater transparency and efficiency, Chief Minister Naveen Patnaik today launched Online Property Tax Module that will facilitate payment of tax anytime anywhere.

The Chief Minister also launched the Municipal Premier League, a unique transformative endeavour, which will facilitate ULBs to enhance their own revenue collections.

During the function, two video documentaries, one on Online Property Tax Module and other on Municipal Premier League were screened.